For more pics of the concert, visit the Set on Flickr! 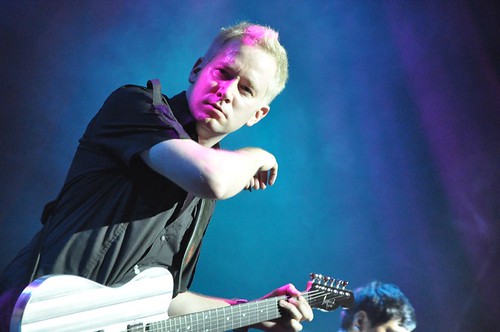 I watched the Canada vs. USA Gold Medal Hockey game from the best venue in town next to Canada Hockey Place: the Molson Canadian Hockey House!

Already at 8am the lineups were growing for bars, pubs and cultural houses around the city. The lineups on and around Granville Street were huge in the morning in anticipation for the noon-time game! This was the view from my living room window that morning. 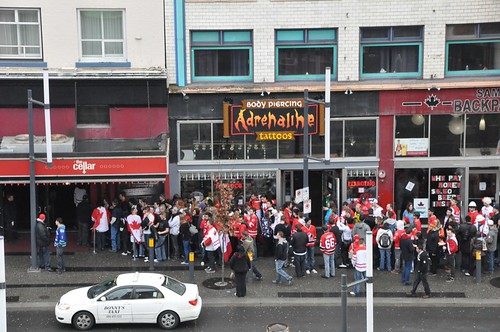 Inside the Molson Canadian Hockey House, the people were packing in and the energy and excitement for the upcoming game was building! 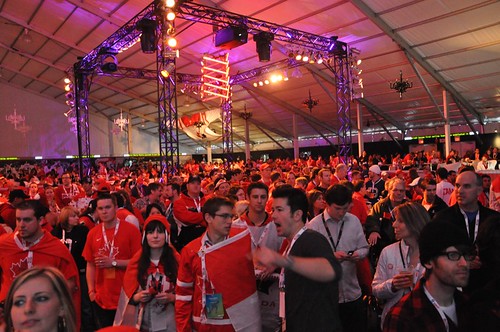 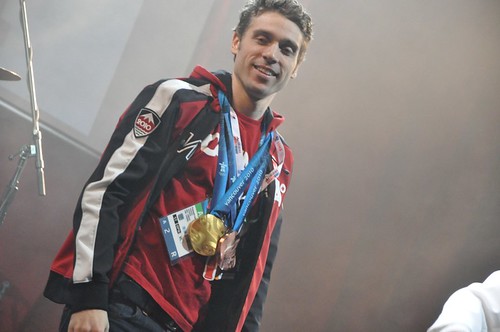 Wide Mouth Mason played two AMAZING sets! I was very excited about this, as I had been hoping to see them at some point during the Games and my moment had finally come! 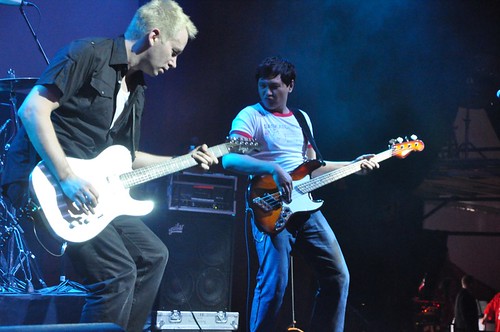 And of course, the crowd cheered for Team Canada with such loud, excited optimism, that I have no doubt that we could be heard at Canada Hockey Place! 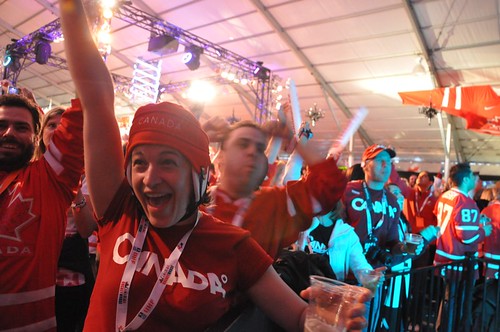 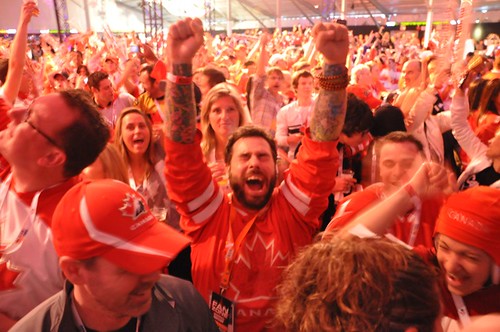 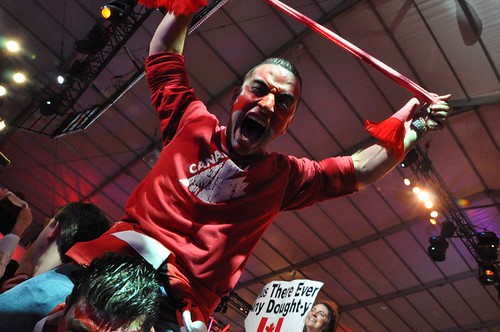 After the game, and during the Olympic Games Closing Ceremonies, Roberto Luongo and his daughter, Gabriela, stopped by for a quick visit to thank the fans for their support and show off his gold medal and the crowd went WILD for one of Canada’s newest heroes! 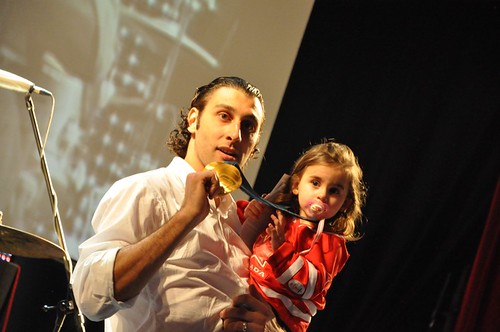 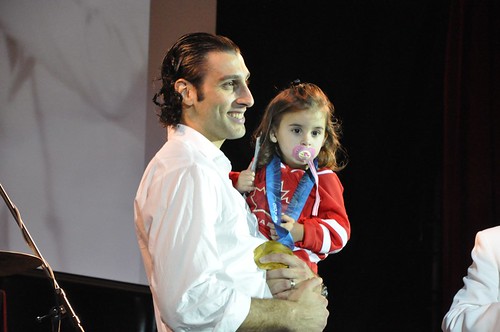 All in all, it was an amazing day and the perfect wrap up for the Games! If someone had written a script for the day, it could not have been written with a better ending!

For more photos of the Molson Canadian Hockey House during the Gold Medal Hockey Game, visit my set on Flickr.

For more photos of Wide Mouth Mason, there is a Flickr set for that too!

Yesterday’s win for the women’s hockey team against Switzerland and the gold medal presentation to Alexandre Bilodeau, gave Canadians much to celebrate last night!

Last night’s celebration at the Molson Hockey House was full of energy! Tom Cochrane played an awesome concert for the crowd, starting with Victory Day and ending with Life is a Highway, with a three song encore after that.

Donald Sutherland made an appearance as well and stripped off his coat and replaced it with a Canada hockey jersey, and then saying to the crowd, “I have only one question for you: Do you believe?!” Causing the crowd to go wild!

Tyler Stewart of the Barenaked Ladies also showed up to play Life is a Highway with the band.

Here are some of the images from the front row of the concert. To see more, please visit my Flickr account. 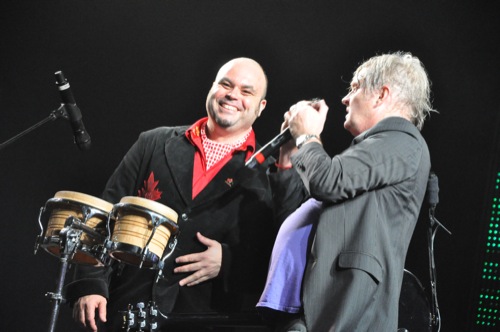 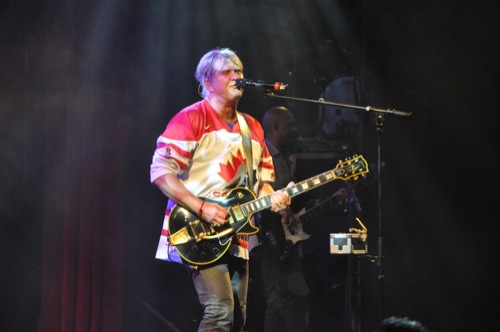 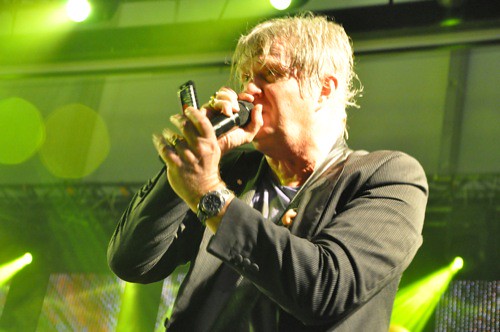 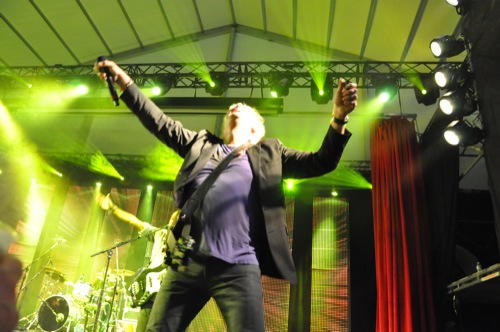 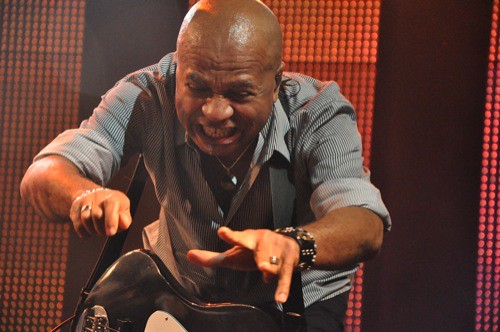 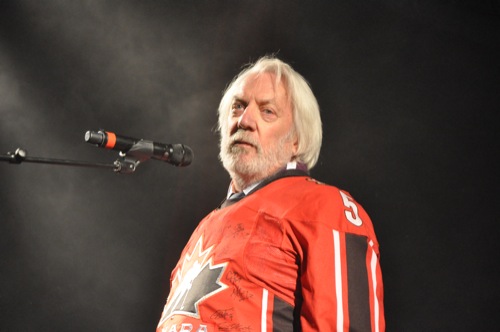 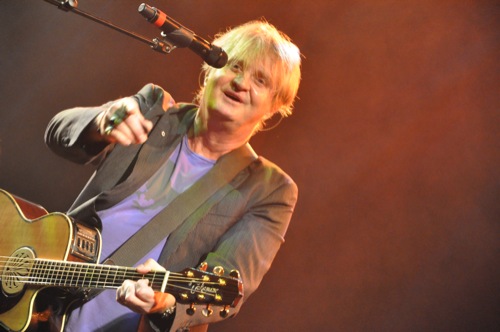 Although the Molson House is sold out for the duration of the Games, here are a few things to not if you are able to get your hands on a coveted pass to get in:

As with all Olympic venues, they accept only Cash or Visa as forms of payment.