Everything Happens for a Reason…


“Everything happens for a reason.” When “shit” happens this is something we tell ourselves and want to believe. Is it true? Who knows? But it is something we cling to because it is somehow comforting and helps get us through the rough patches of life… 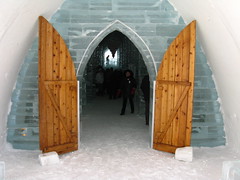 The last two and a half years I have been through quite the roller coaster. I’ve experienced emotions I never knew existed and have felt them to my core. I think I’ve become guarded and jaded from the experience, but I have learned a lot through it as well, and that is always for the better…

I’ve started to reclaim my independence out of this experience, which I had lost somewhere along the way. This was the first time in a very long while that I did not have a partner and two children to consider in all that I did… It felt so strange at first, that I became somewhat of a hermit and didn’t do much of anything at all for a while. This was me until I recognized that this was very unhealthy and directing me toward depression. So to turn things around, I promised myself that 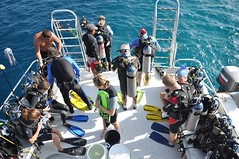 if I was invited to do something (no matter what that something was) I would say yes and do it.

Out of this commitment, I have had many incredible experiences. I have slept in the ice hotel in Quebec, started scuba diving again, swam with sharks in the Blue Hole in Belize, went to the Yukon for a day (that’s right, a DAY trip), visited Northern British Columbia, spent a month on Bali, Indonesia, and experienced the 2010 Olympic and Paralympic Games in Vancouver in a way I never could have imagined! I  have done more traveling in the past 2 years than probably in my entire life and have had experiences that I couldn’t have dreamed up! 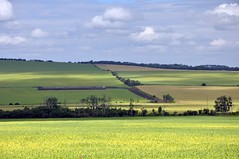 All I can say is that if things had not happened the way they did, I would never have seen or experienced any of these incredible things, nor would I be taking a 7 week trip to Southeast Asia at the end of this month!

So I reiterate, everything happens for a reason… My previous life feels like exactly that these days, a PREVIOUS life. Almost like a foggy dream. Not to say that I don’t treasure the memories that I collected in those years, because I do. I can honestly say that I had some of the best times of my life in those days. I was happier than I had ever been and had a partner and two beautiful children to share that with. 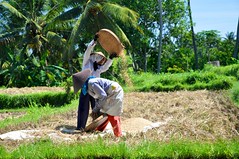 I prefer to remember the good things rather than dwell on how things ended. The roller coaster took me through many things: sadness, pain, heart-break, depression, and all the “fun” things that go along with that. But on the other hand, when you roll it all up into a moment of life, it has made me a stronger person. So whatever the reason that things happened the way they did, it was meant to be. So here I am! Ready for life’s next adventure and whatever comes along with that…