Kecak is a form of Balinese music drama, originated in the 1930s and is performed primarily by men. Also known as the Ramayana Monkey Chant, the piece, performed by a circle of 100 or more performers wearing checked cloth around their waists, percussively chanting &quot;cak&quot; and throwing up their arms, depicts a battle from the Ramayana  where the monkey-like Vanara  helped Prince Rama  fight the evil King Ravana. However, Kecak has roots in Sanghyang, a trance-inducing exorcism dance.

Kecak was originally a trance ritual accompanied by male chorus. German painter and musician Walter Spies became deeply interested in the ritual while living in Bali in the 1930s and worked to recreate it into a drama, based on the Hindu Ramayana and including dance, intended to be presented to Western tourist audiences.

The performance lasted about an hour and a half. It was amazing to hear so many voices singing “kecak, kecak, kecak” in unison. The dance tells the story of Prince Rama and his rescue of Princess Sita, who has been kidnapped by the evil King of Lanka. 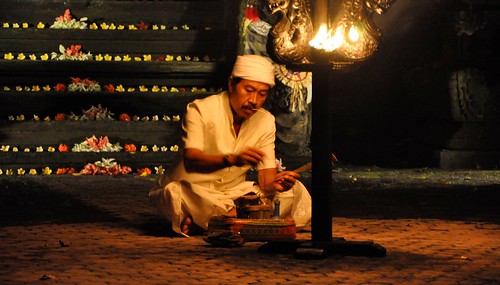 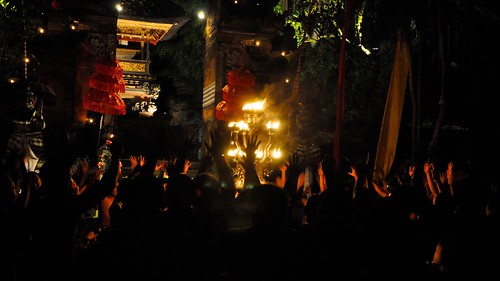 More than 100 men singing and participating in the Kecak Dance. 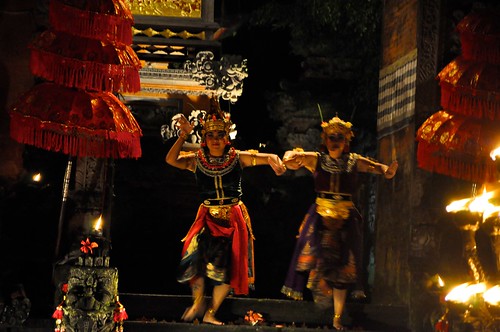 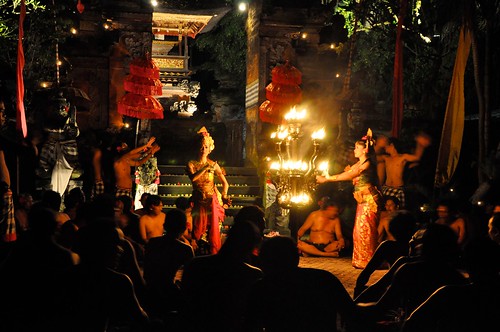 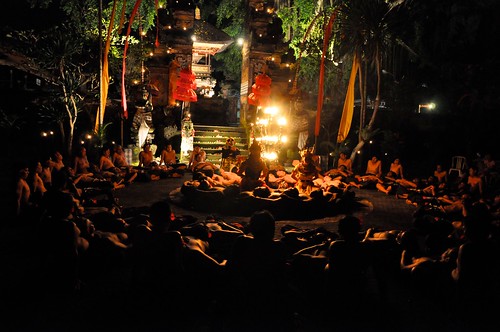 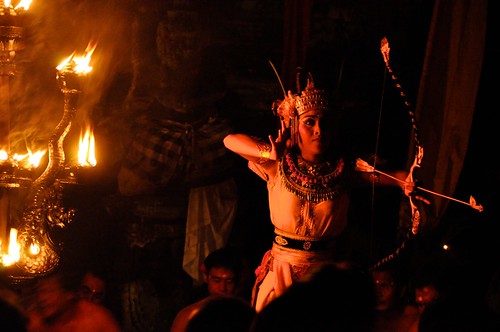 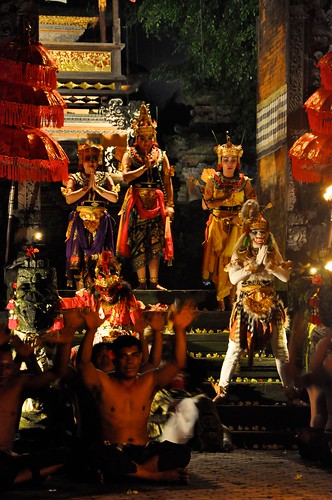 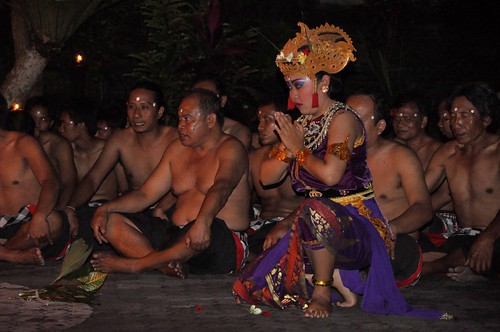 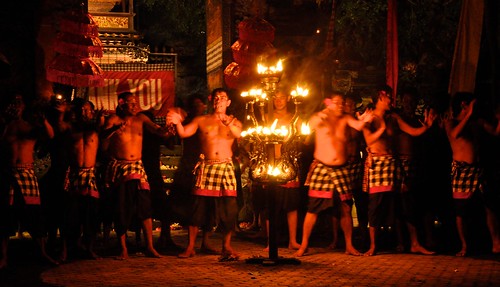 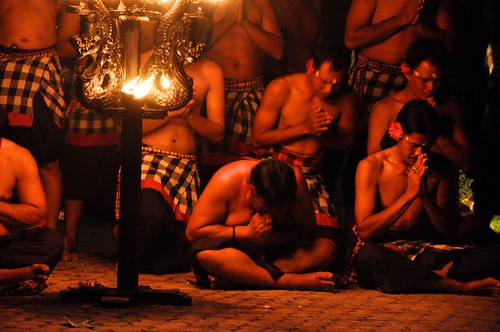