One of THE coolest things at the Sochi 2014 Olympics had to be the Molson Canadian Passport Fridge at Canada Olympic House. It’s like a vending machine, only instead of feeding it money, it only opens by scanning a Canadian passport. 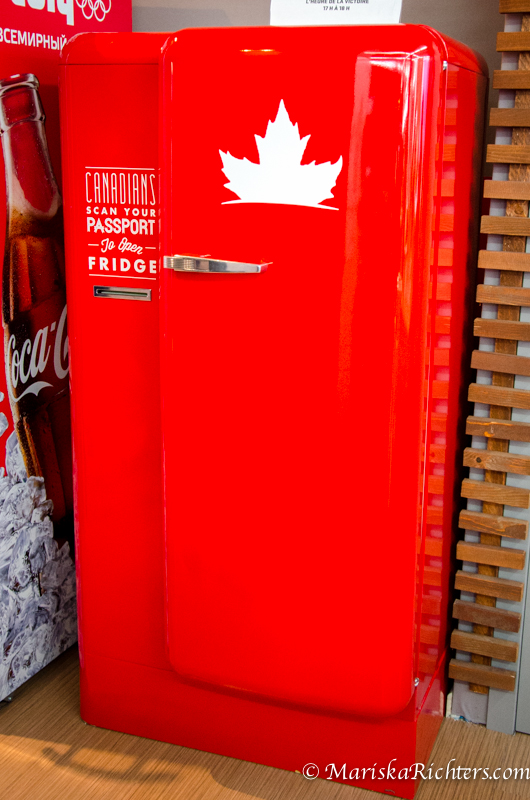 The fridge was turned on each day of the Games during Victory Hour, between 5pm and 6pm. I was still feeling under the weather and wasn’t sure I would make it to Victory Hour, so I connected with the lovely @MolsonTonia who was kind enough to give me a special viewing. She plugged it in for me when I stopped by Canada House one afternoon. I only had one *little* problem… Not only did I not have my passport on me, I don’t actually HAVE a Canadian passport!

My family immigrated to Canada from the Netherlands when I was very young and I’m still a landed immigrant and permanent resident. The Dutch government didn’t allow dual citizenship for years and we didn’t want to give up our EU passports and with them our access to work in Europe. The only difference in Canada is that I can’t vote.

A few years ago the rules changed and dual citizenship is now available for those who were too young to make their own choice to leave the Netherlands. This means that my siblings and I are now able to apply for Canadian citizenship without losing our Dutch citizenship. (Yay!) So last year, after I bought my Olympics tickets I sent in my application with the idea that I would have it in time for the Sochi Olympics to access Canada Olympic House. It is now 13 months later, the Olympics are over, and it is STILL being processed. It takes 23 months for a citizenship application to go through the system. Ridiculous, in my opinion, but there’s not much I can do about it. At least I’ll have it in time for Rio 2016! But I digress…

So after explaining my passport problem to the Molson girls, I embarrassingly asked to borrow one of theirs to open the fridge. And let me tell you, it was nothing short of AWESOME! 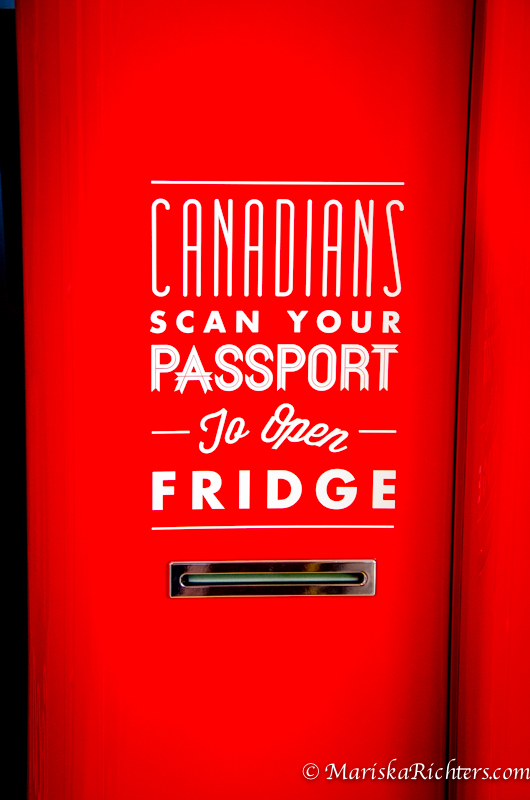 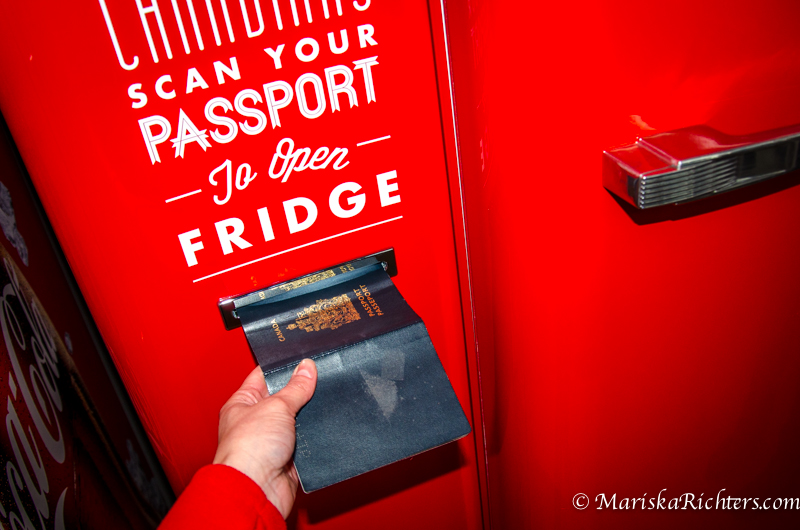 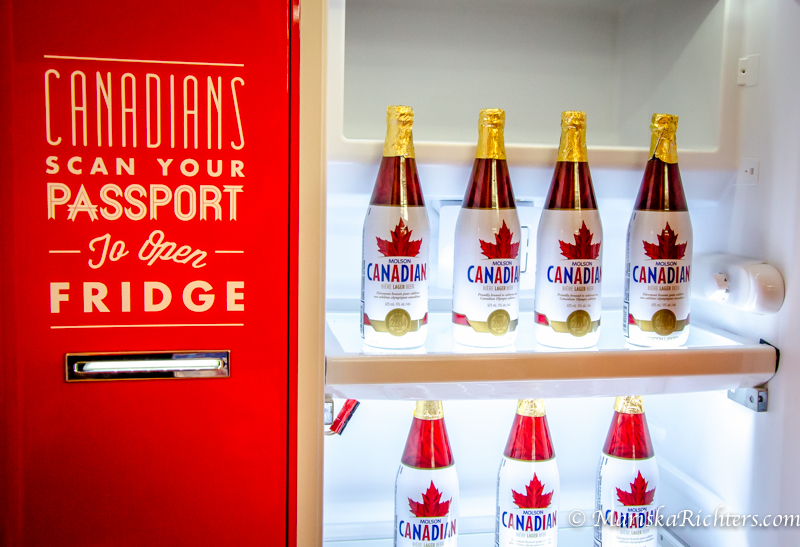 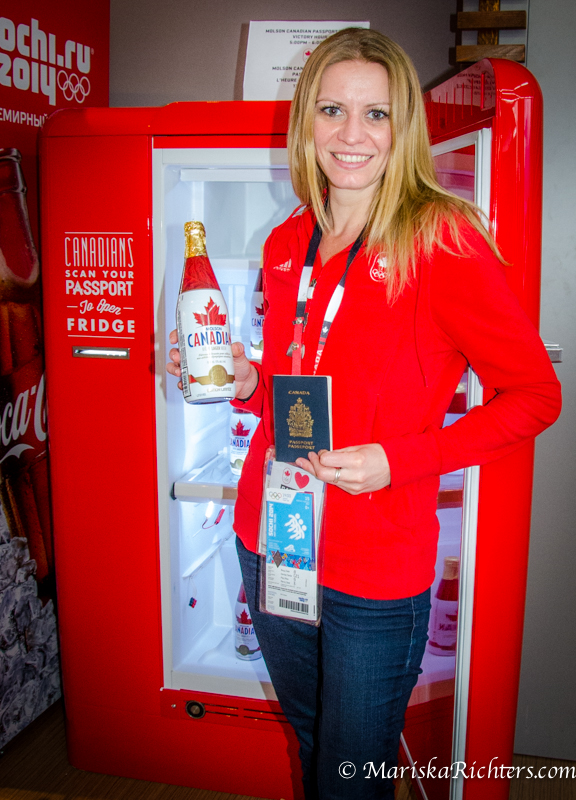 I was still feeling under the weather, but was super happy about the beer fridge!

What Was Inside the Fridge?

The fridge contained only victory bottles. Russian customs blocked Molson’s beer shipment from entering the country so the victory bottles were display bottles only and were empty. Because of this, Molson served Heineken and Miller Genuine Draft at Canada Olympic House. Sad, but true.

What made it all ok? I’m Dutch and Molson is the Heineken distributor in Canada, so I was still drinking beer from my homeland, it was just the “other” homeland!

Travels of the Beer Fridge

This wasn’t the Molson Passport Fridge’s first appearance though. Molson has been spreading Canadian spirit all over the world! Check this video out:

Have you opened the Molson Canadian Passport Fridge? Where?

Previous: What happens to Olympic cities after the Games have gone?
Next: Happy Easter Friends!