When I bought my Olympics tickets in february 2013, I had bought two tickets to the Men’s Bronze Medal Game, since gold tickets were not available at the time. So now, after the game from the previous night, I was stuck with two tickets for a game that Canada would not be playing in.

I had posted my tickets to the Facebook groups as soon as the Canada – USA game ended, hoping to find some Americans to either sell my tickets to or make a trade with. I had a few responses on the Facebook page, but found that a lot of people were flakey and didn’t show up when they said they would, so I was getting a bit frustrated. 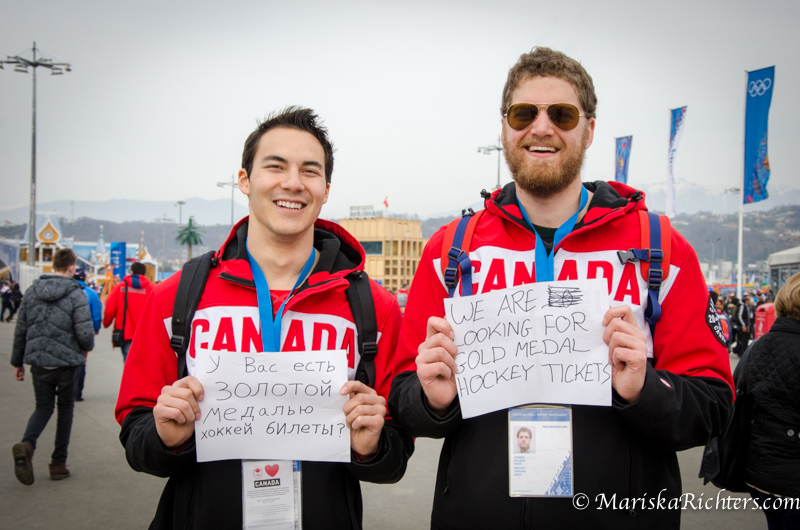 These guys were AWESOME!

I headed to the Olympic Park and went straight to the Canada and USA houses. I talked to everyone around the two houses and pretty much everyone was hoping to do the same thing as I was. I found one guy, who turned out to be one of the people I had connected with through my Facebook post. He had a single gold ticket, and wanted two bronze for an even trade for him and his friend. 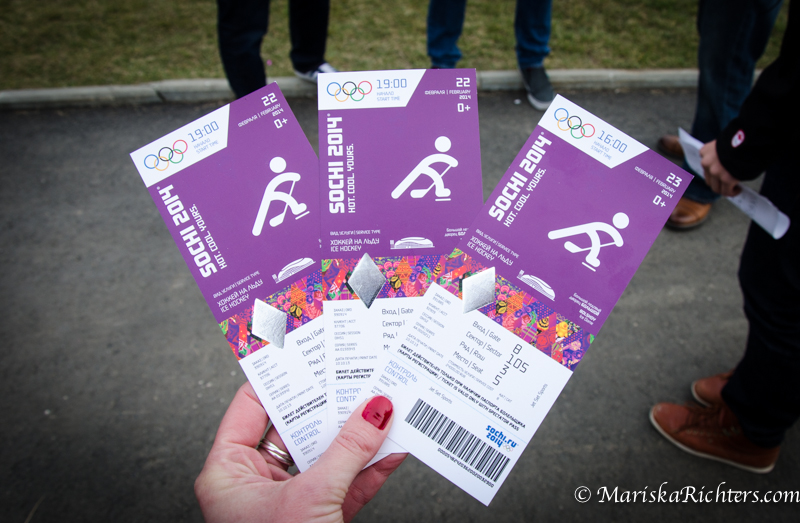 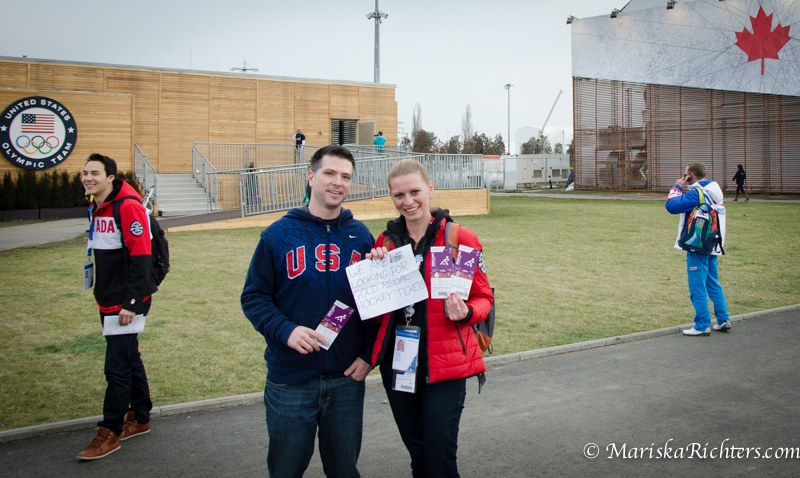 Since the bronze event was all I had tickets for that day, I was stuck with no events for the day. I decided I wanted to go to the bronze game anyway. I walked over to the Bolshoy and ran into these guys, who were selling their tickets, but at a price that I was not willing to pay. 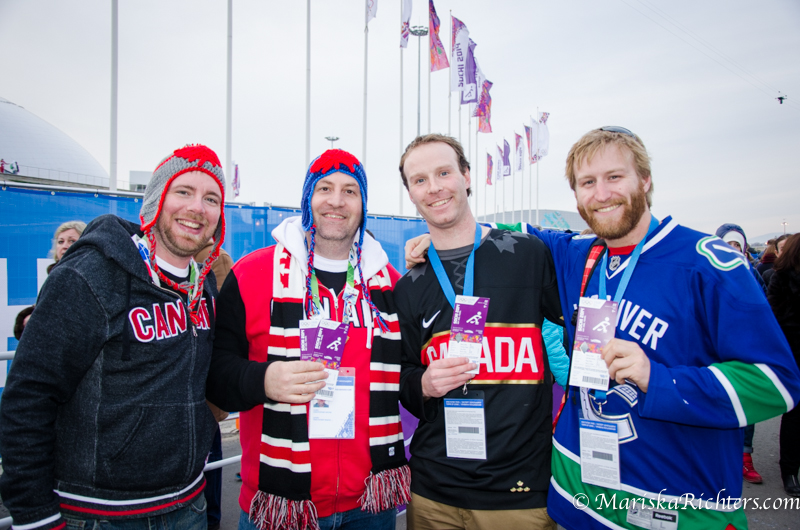 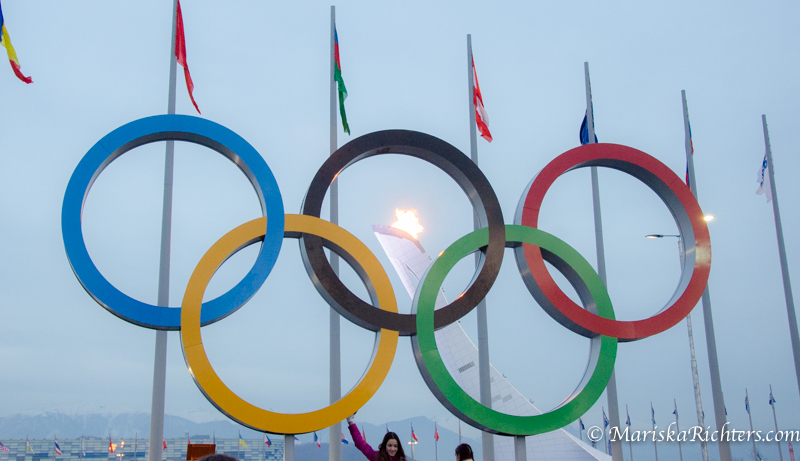 I hung around outside the arena until the game started. (There were always people selling ticket for less than face value after events started.) I took the opportunity to take some pics of the rings and the cauldron and then I saw a group of people in matching Canada gear walking up to the rings. I thought, “Hey! This is perfect Olympic Spirit Project material!” And when I looked closer…

It was THE CANADIAN MEN’S HOCKEY TEAM!!! 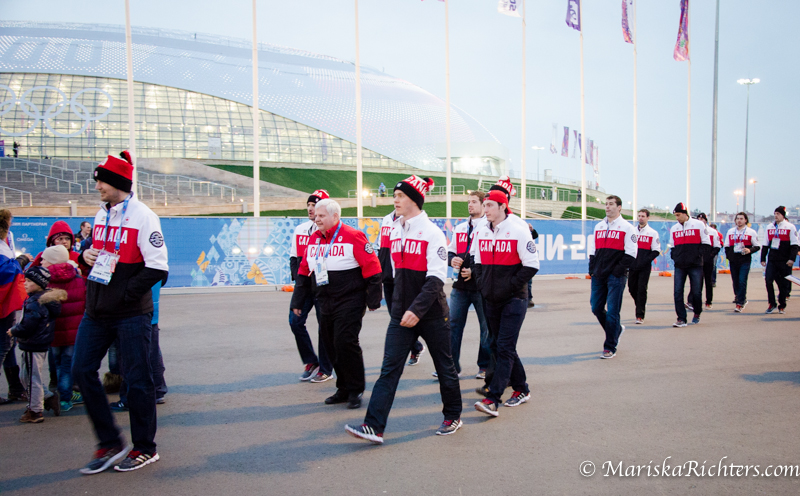 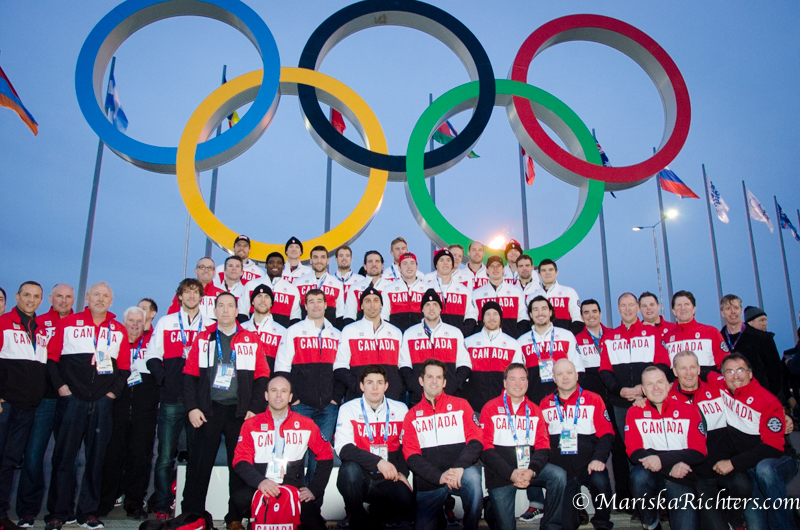 Whaaaaat?!?!?!!! I could NOT believe my luck! It was perfect! I nestled into the crowd and stood front and center right beside the team photographer when I took this photo! YES!! I was SO excited!

So after THAT happened, I found a Canadian couple selling a single bronze ticket for half face value. I paid less than $100 for the ticket and headed inside. You would think the day couldn’t possibly get any better and then I got to my seat. The seat I had just bought for 1/5 the price of my original tickets was BETTER than the ones I had traded with the American guy!  He was sitting about 8 rows behind me!

So I once again counted my blessings of yet another fantastic day as I watched the USA lose to Finland for the bronze medal. 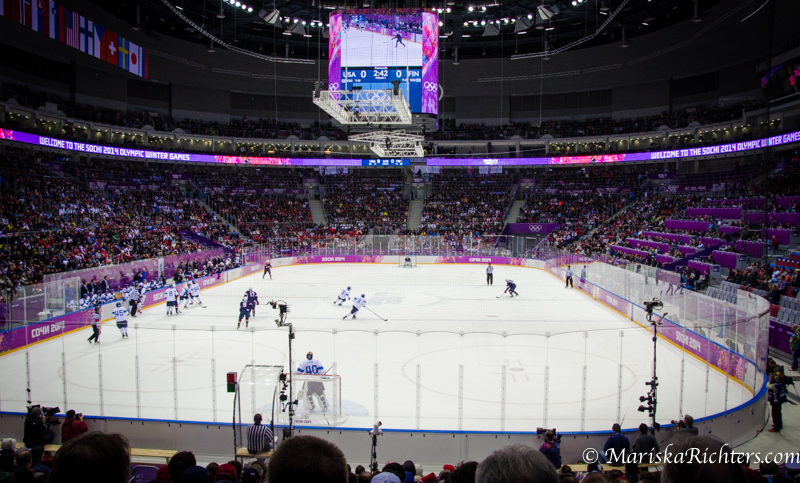 Where were you for the bronze medal game?