It was another gorgeous sunny morning in Sochi and although I had lost my voice, I was finally starting to feel a bit better from that nasty flu.  Day 7 was my last day in the mountains for men’s ski cross and ladies half-pipe skiing.

There was a pretty big Canadian presence at the men’s ski cross event and after a week of events I was starting to know and recognize many of the Canadian fans. Canada made it to the big final along with three French competitors, but sadly came in 4th. The three Frenchmen took all three medals! 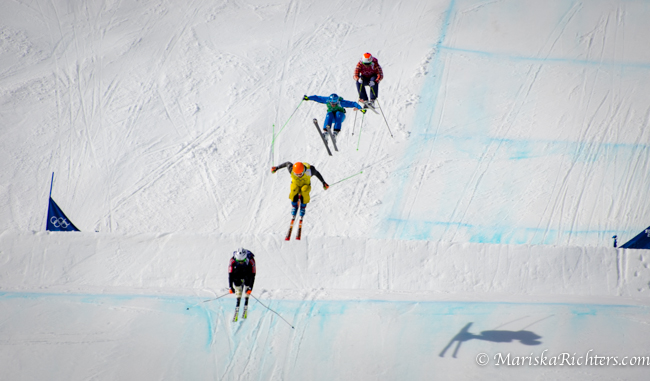 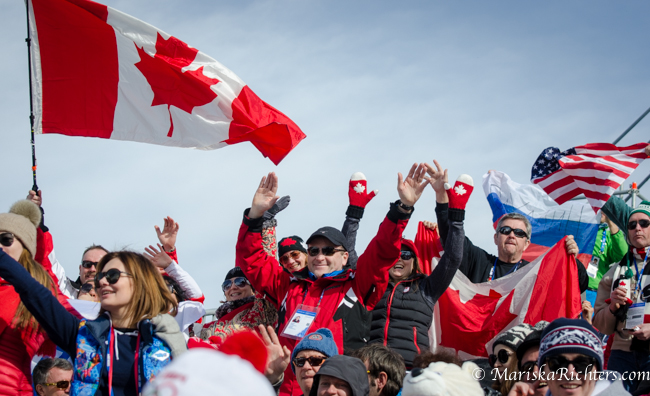 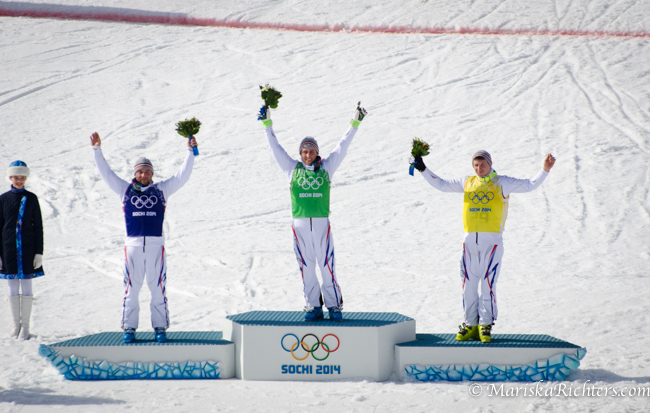 We headed to Austria House next where we met a crazy crew of Americans who pumped us full of beer and vodka… (Thanks for the good times Boys!) 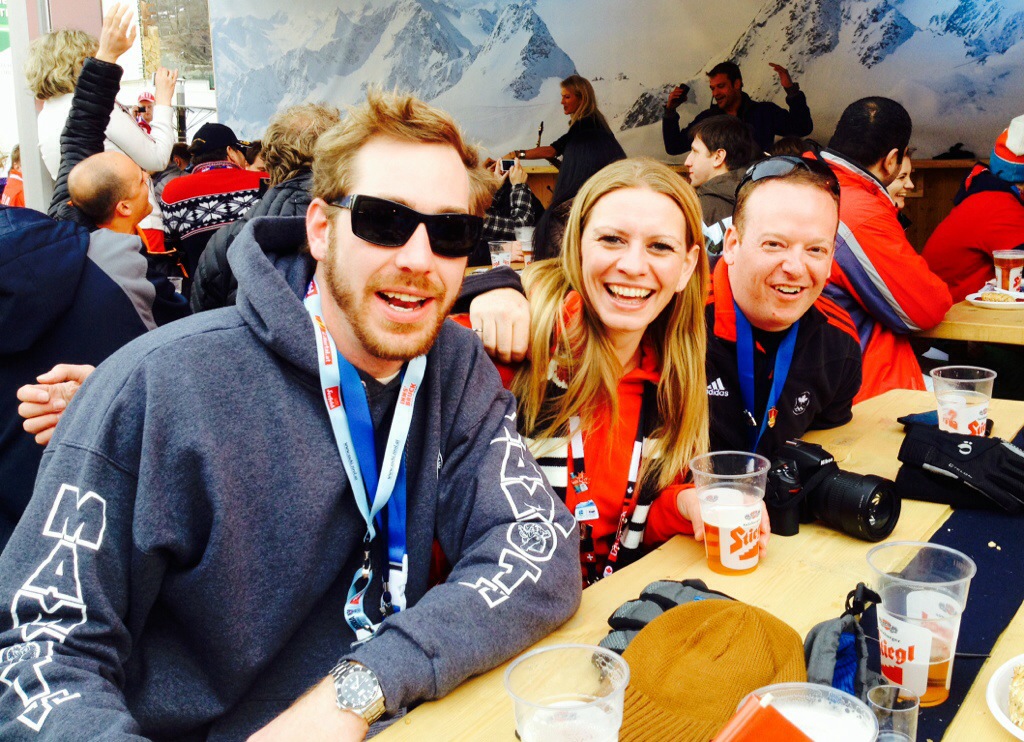 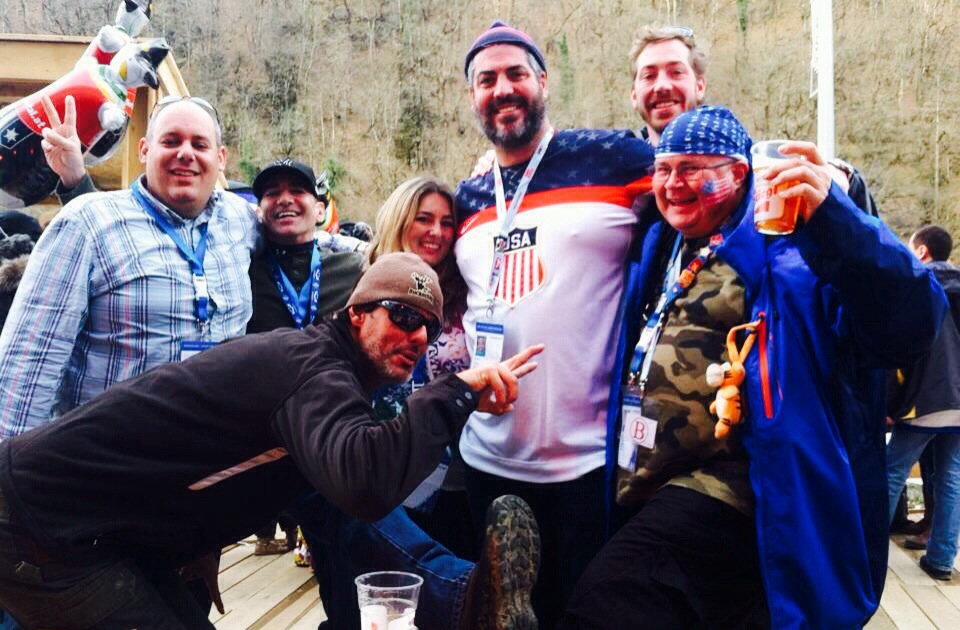 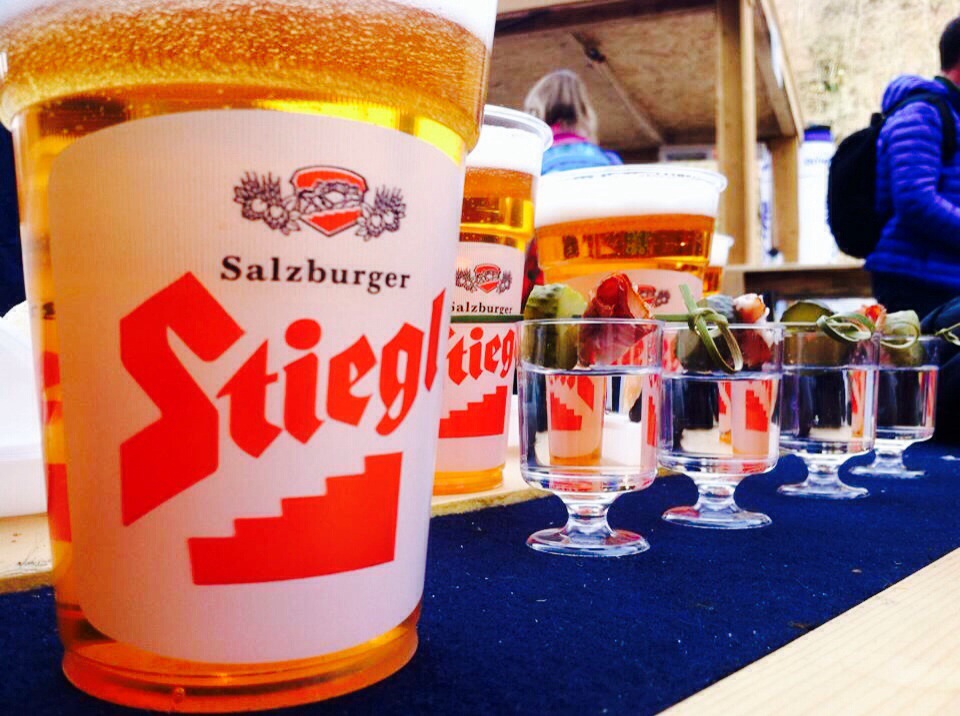 After I was fed and ‘watered’ I went up the mountain again where the ladies’ half-pipe event was making its Olympic debut. There were several injuries during the evening, but it was amazing to watch these women compete! Awesome! 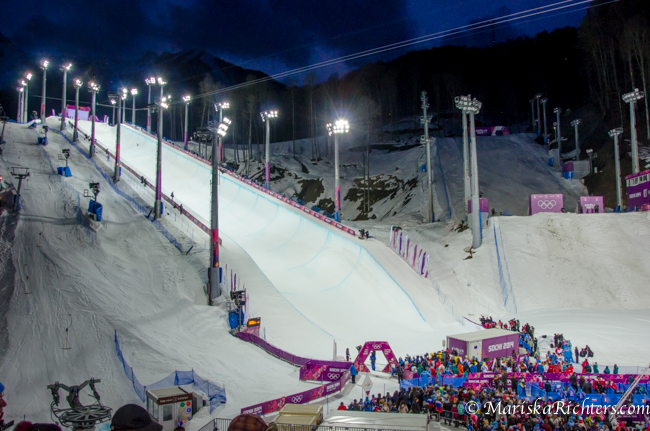 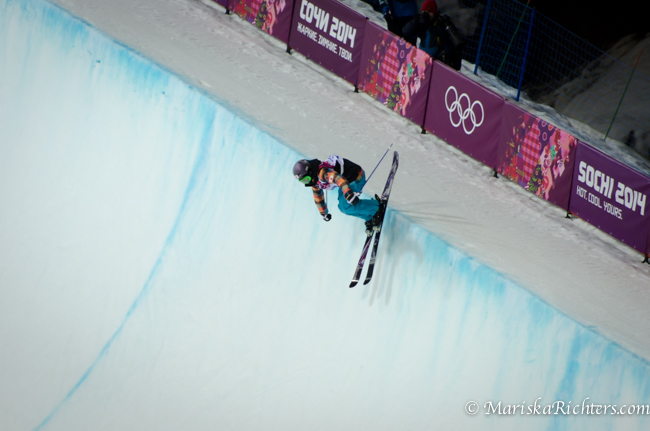 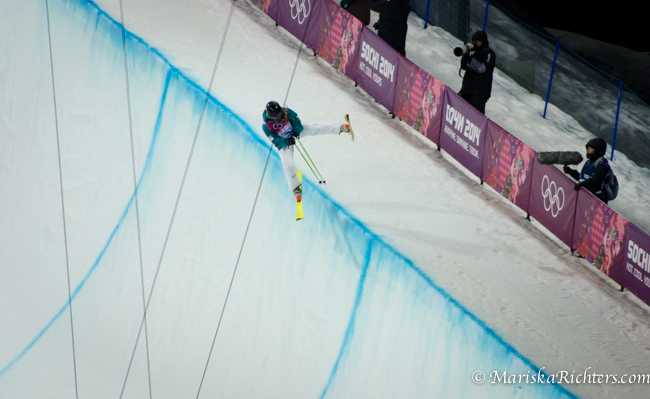 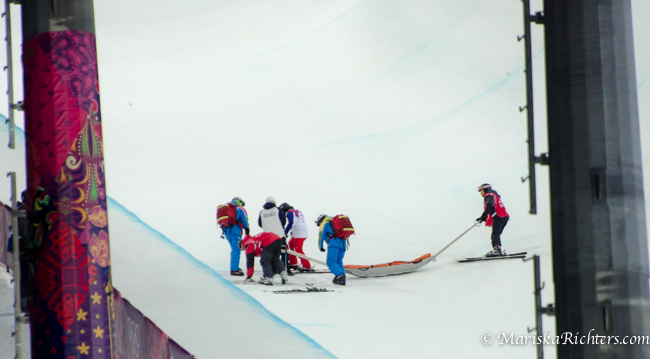 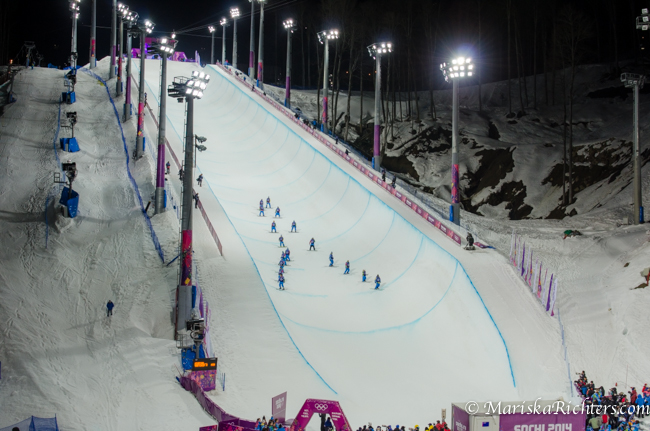 Before the finals of the event, Sochi volunteers skiied down the halfpipe in the shape of a heart to honour Sarah Burke’s memory. Sarah Burke was a pioneer in the halfpipe event and won four X-Games titles before she suddenly died in early 2012 due to a skiing accident. It was nice to see her remembered at the ladies halfpipe Olympic debut event. 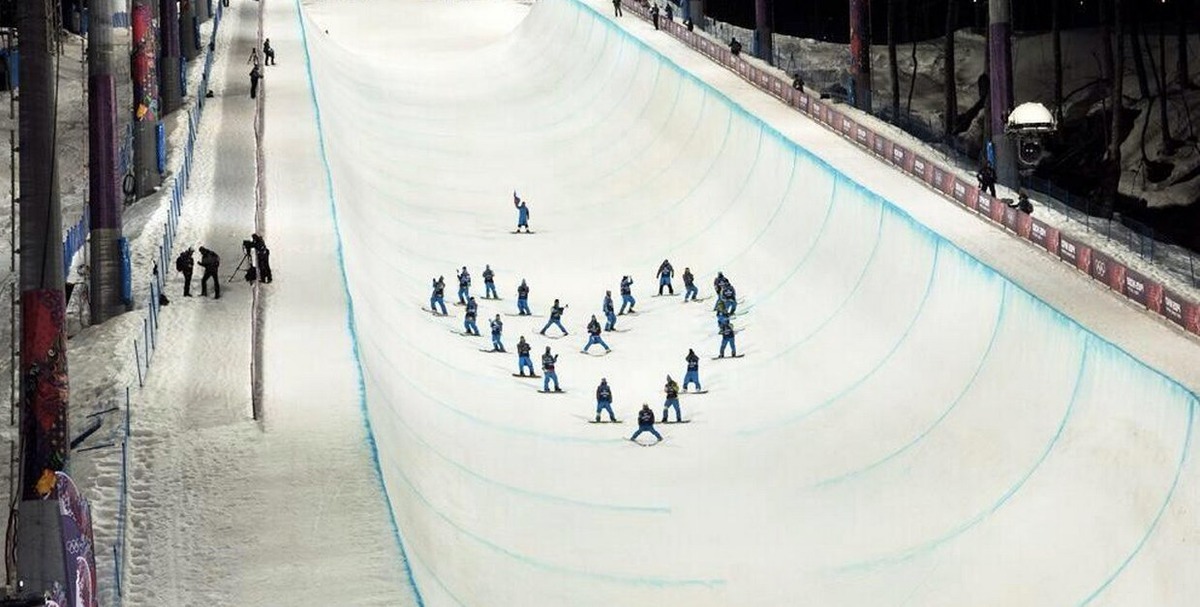