Canadians were buzzing with anticipation as they entered the Bolshoy for the Canada vs Latvia quarterfinal hockey.

It’s always interesting walking into an event solo, not knowing who you will be sitting with or the energy of those around you. I was pleasantly surprised and excited to find that my seat was beside these guys! Canadian superfans always make the experience that much more awesome. 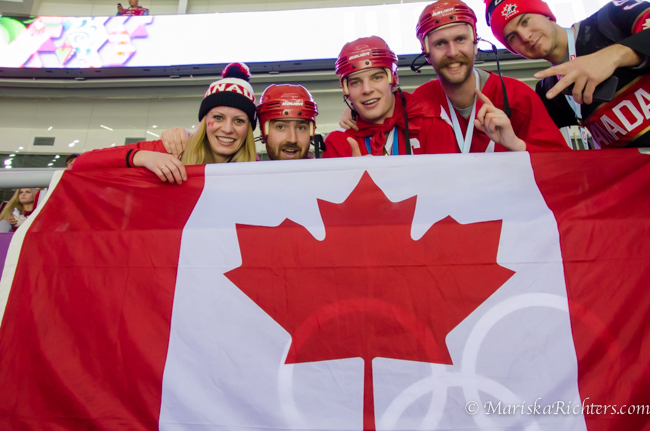 There were no alcohol sales inside the official Olympic venues, but these guys didn’t let that stop them! Cuz seriously, how can you be at a Canadian at a hockey and not have a beer in your hand? There is something very wrong about that scenario. So these superfans each came in with a backpack full of beer and generously shared them around to fellow Canadians (ie. me!)

There was plenty of Olympic Spirit to be found and you can see from this photographic summary: 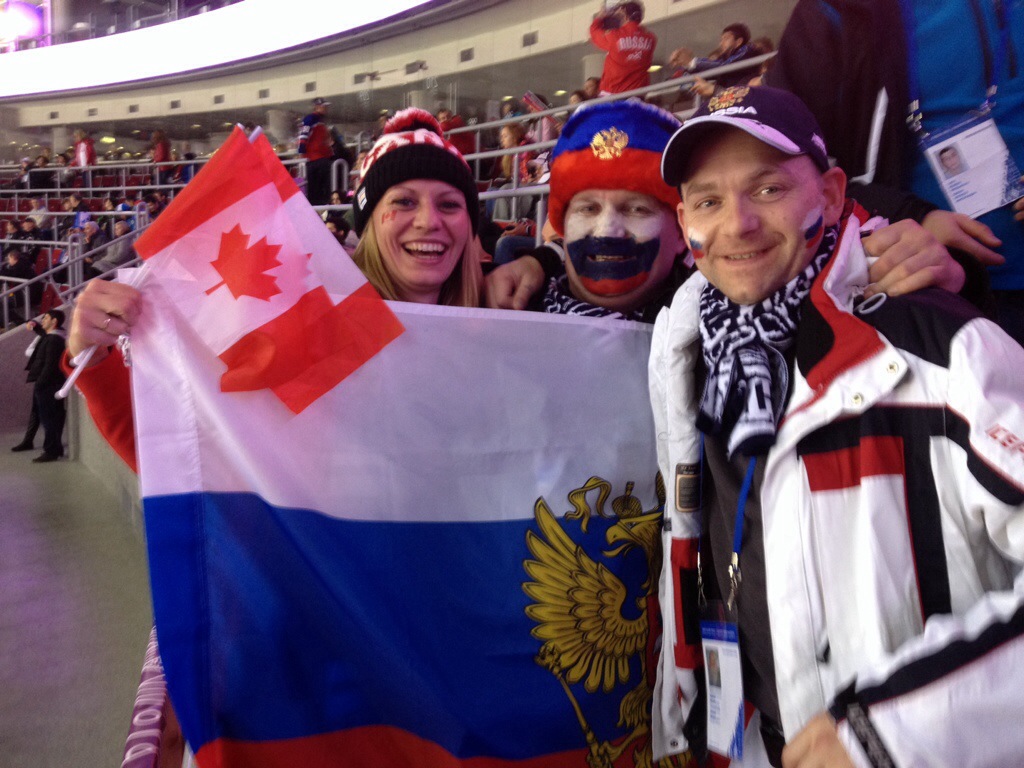 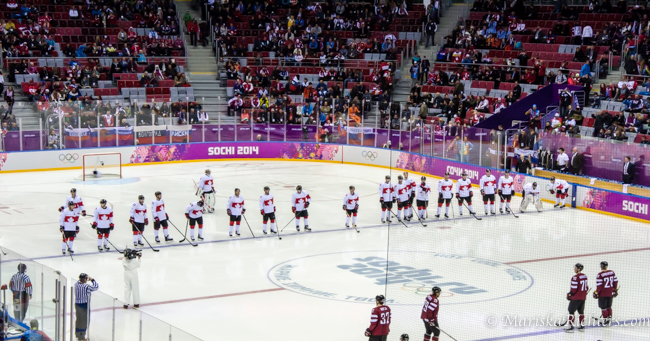 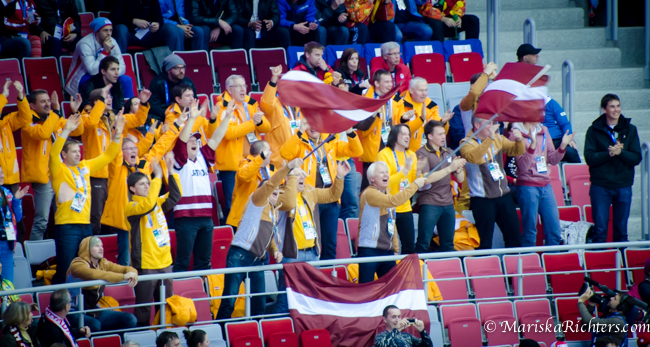 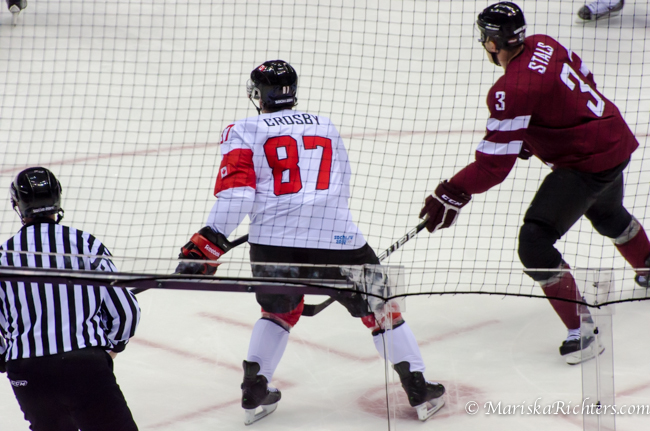 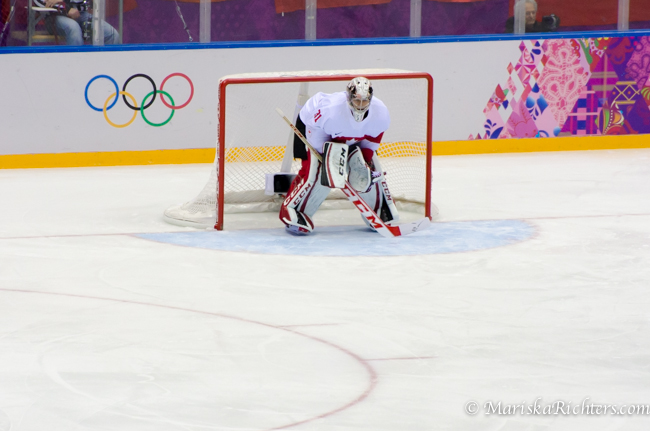 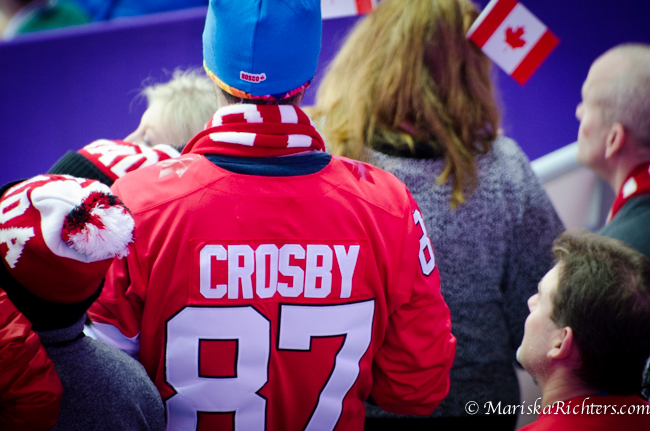 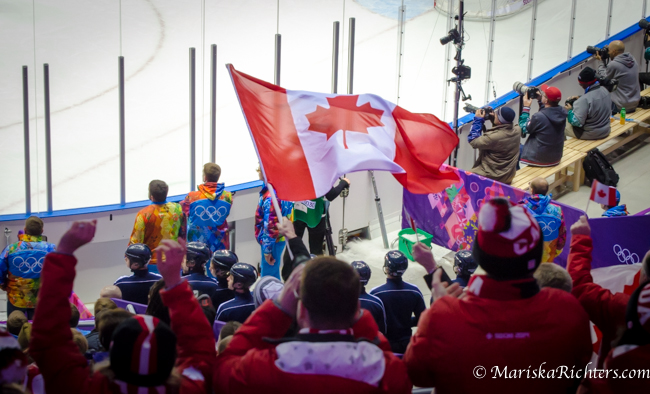 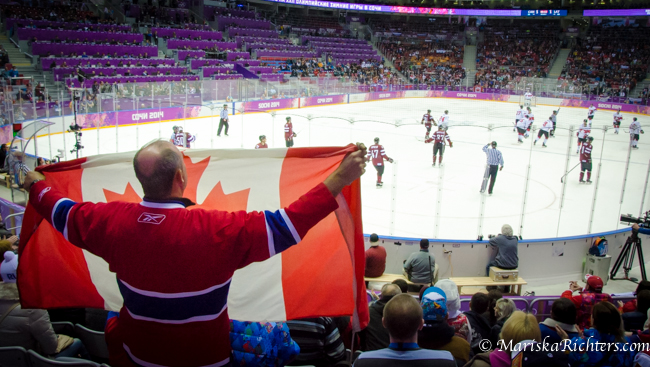 Canada won over Latvia with a score of 2 – 1, the two goals were scored by Patrick Sharp and Shea Weber. You can find more stats and details from the game here.

After the game we were once again approached by Russian after Russian for photos. This group included a couple that I had been sitting beside earlier in the day for the Russia vs Finland game. They were super excited to run into me again, so of course wanted a photo. 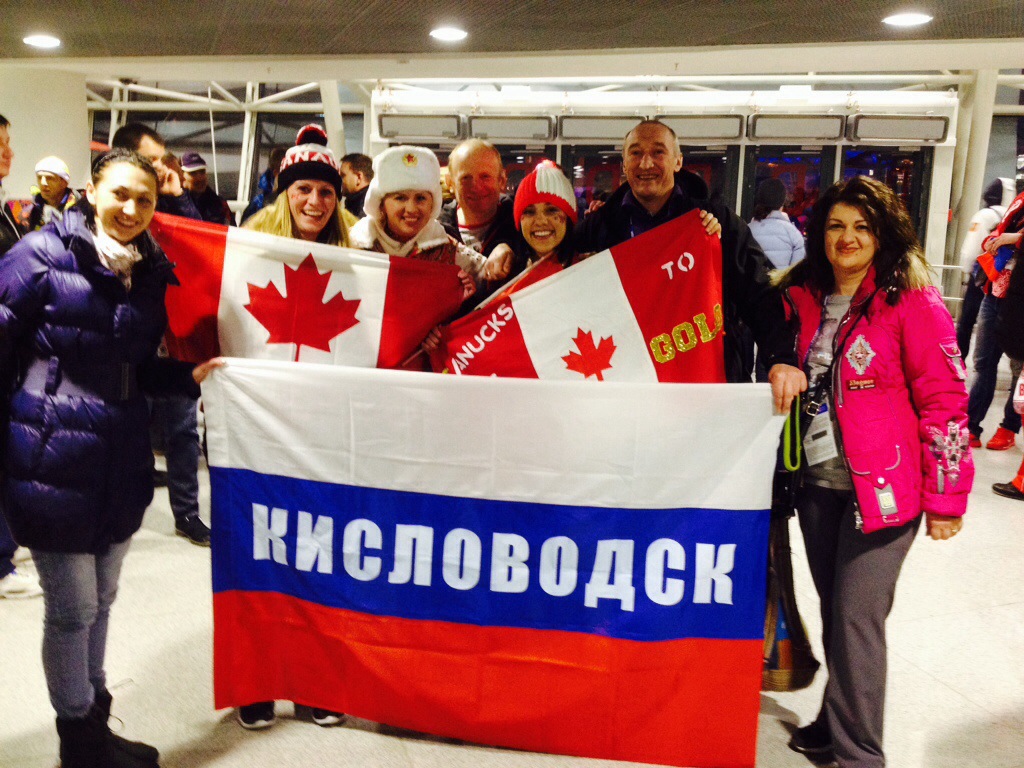 I LOVED this super cute mini fan that we found on our way to the House of Switzerland to celebrate. 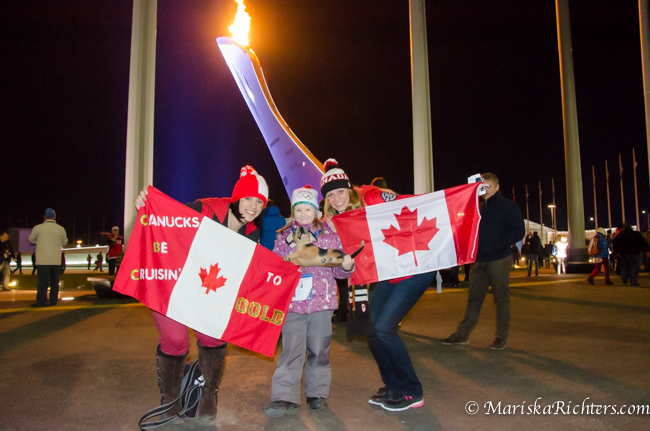 I traded my Canada scarf with this group of Russian athletes at the cauldron for some Russian Olympic pins. 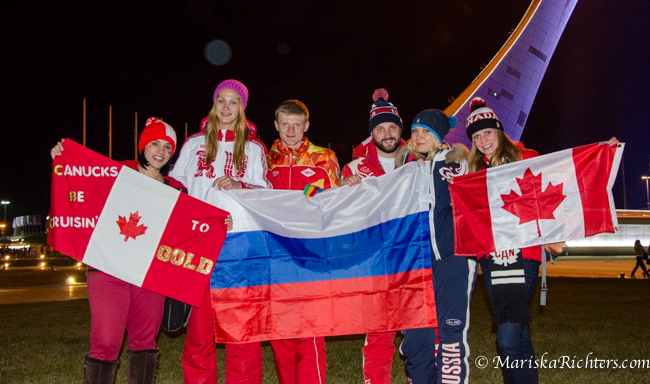 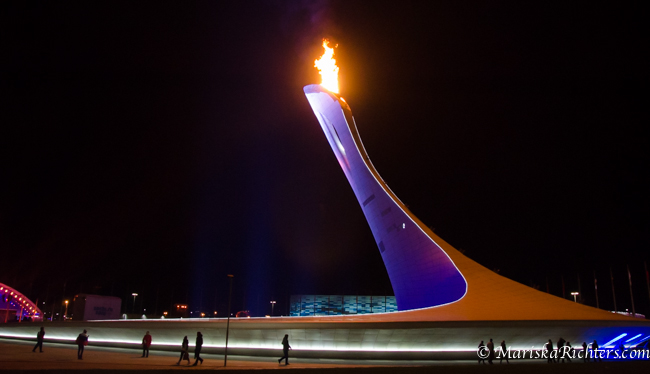 Most Canadians made their way to the House of Switzerland to celebrate the win and as was the nightly tradition, the Canadian national anthem broke out. 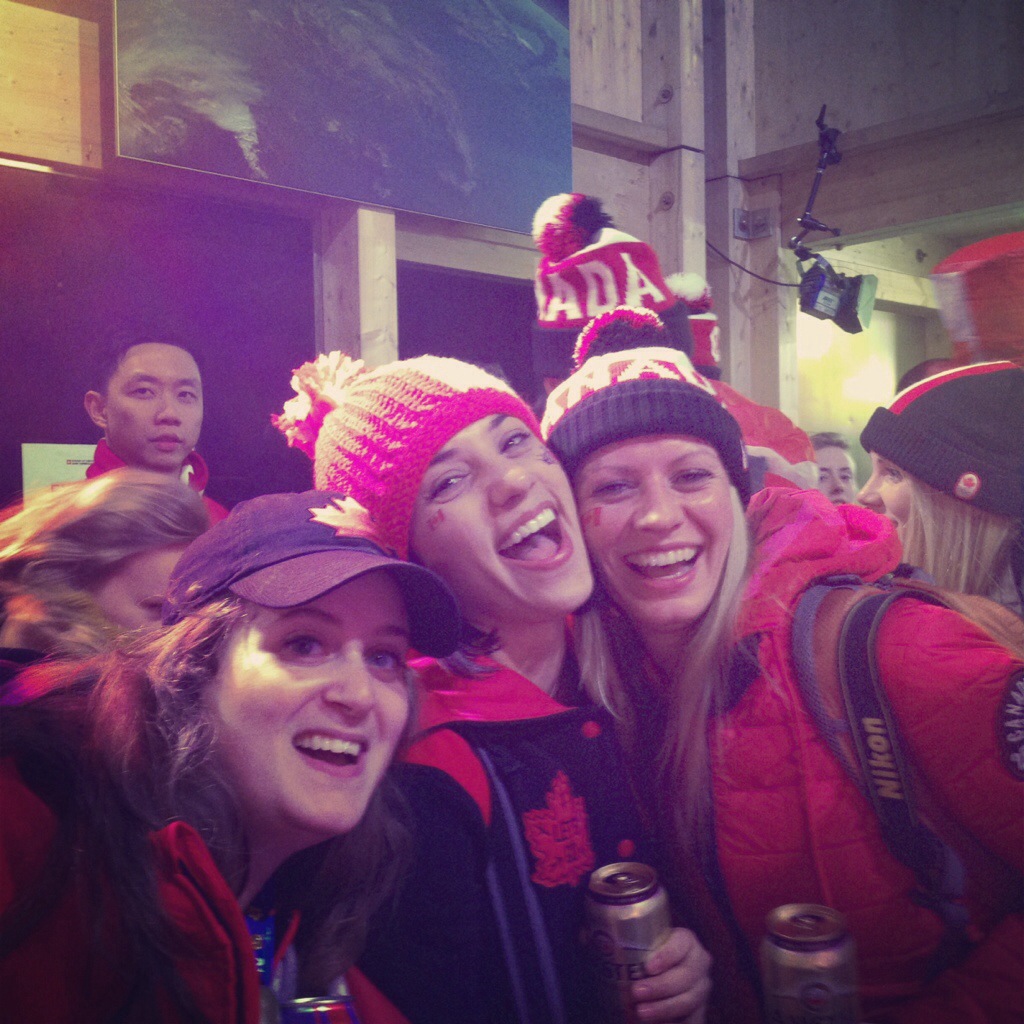 It was another awesome day full of pleasant surprises. Two incredible hockey games, an unexpected curling, new friends and fantastic memories that will last a lifetime! Despite my challenges with lost luggage and the flu, my Olympic experience was only getting better and better with each passing day!

Did you watch Team Canada play in the quarter final match?