Thank goodness my fever broke after a full 20 hours of sleep! I woke up on Day 6 to a message from a friend letting me know about a street hockey game between Canada Olympic House and USA Olympic House that was supposed to begin in a half hour. I rushed to get out the door and to the Olympic Park, but unfortunately I missed it. But I was still able to get a shot of speed skater (and best team mate ever!) Gilmore Junio and figure skating Silver Medalist Patrick Chan before they cleared everything away. 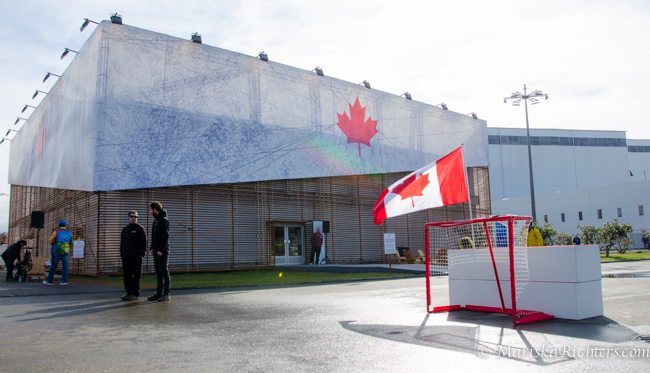 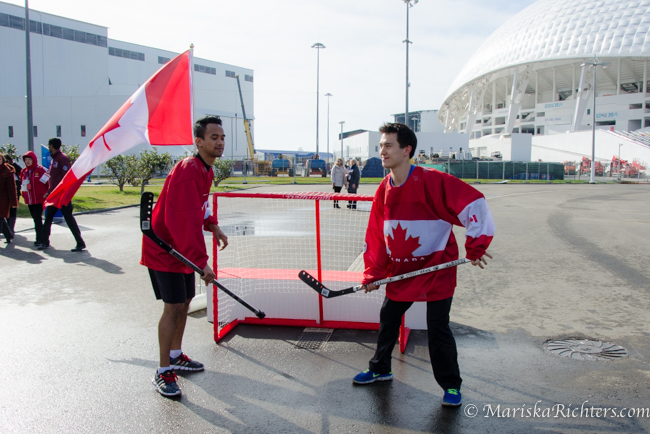 My first event of the day was the men’s Russia vs Finland quarter final hockey game. When I bought the tickets a year ago, I was really hoping I would get to watch Canada play, but this wasn’t the case. I had sold my second ticket to this game earlier in the week, so I had some extra cash to put towards a ticket for the Canada vs Latvia game later that evening. I found a Russian fan outside Canada Olympic House selling tickets and managed to get a Category A ticket for just over half of face value. I was set and excited to watch Team Canada play! My one-event day just turned into a two-event day! YAY!

The Russia vs Finland game was INSANE! The energy in the arena was crazy, wow! Both the Russian and Finnish fans were in top form. Finland won with a score of 3 – 1, sending them to the semifinal round, and Russia was out, a huge disappointment to Russian fans. 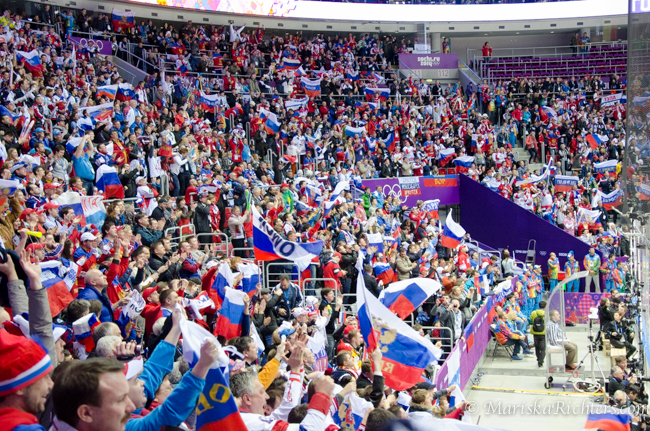 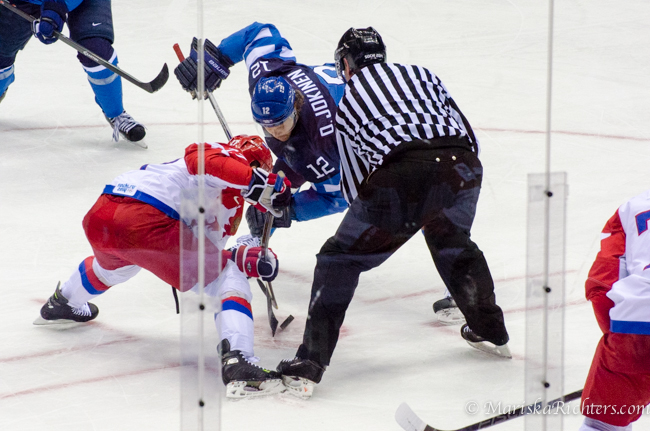 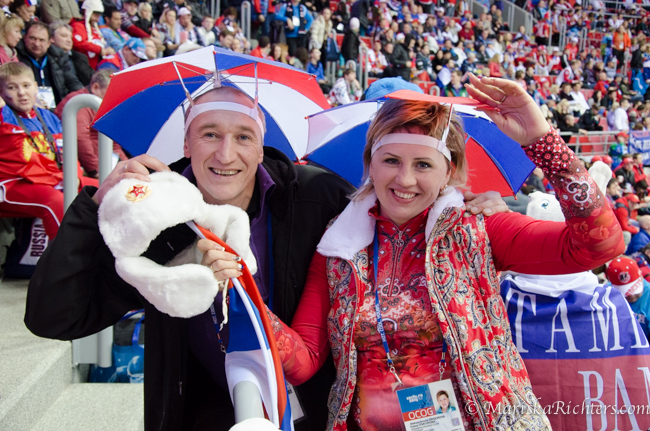 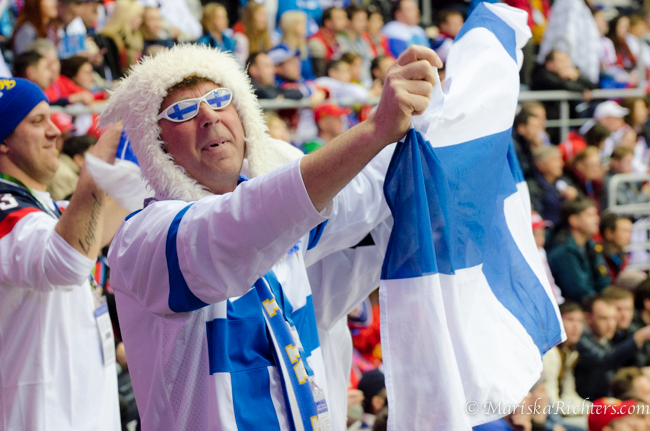 As I left the Shayba Arena, I got a message from a friend (who I had met in a Facebook group and had yet to meet in person) offering me a free last minute ticket to the men’s semifinal curling match. My luck went even further in that Canada was playing China! My two-event day just turned into a three-event day! YES!!

I was once again blown away by the fact that: People. Are. Awesome! (Thank you Tom!!!)

At Vancouver 2010 I had only watched Paralympic curling, so I was excited (as excited as one can get about curling…) to go check out my first Olympic curling match. Canada beat China with a score of 10 – 6! Yay Canada! 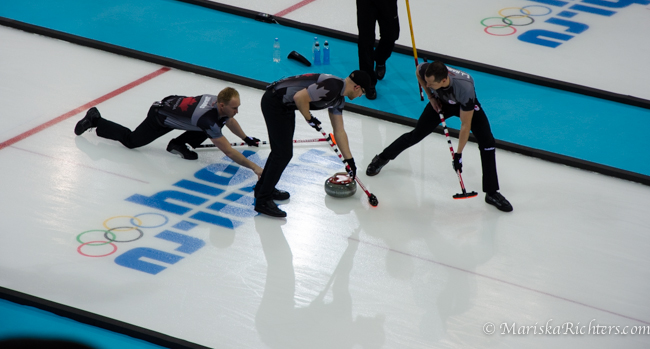 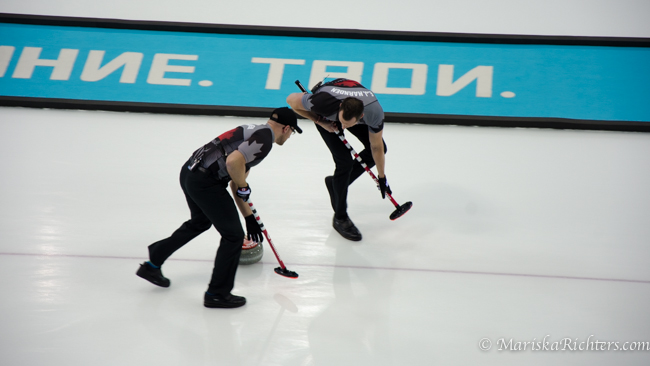 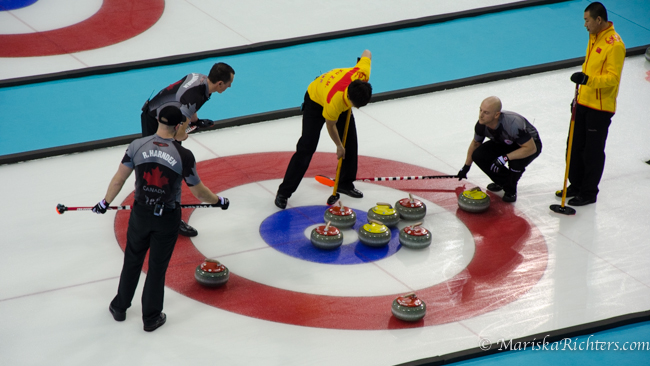 I had to duck out of curling early though, to head back to the Shayba Arena for Canada vs Latvia hockey. I’ll tell you all about that in part 2 of the story because Team Canada hockey should really have it’s very own post…