Last Tuesday I launched my Olympic Spirit Project Kickstarter campaign, and the past week has been a wild ride! I launched the campaign on January 14th and now 8 days later, thanks to so many incredible people, I have raised 37% of the funding goal, got one corporate sponsor on board (so far), have a local newspaper article coming out this week, and have an interview booked with CBC Toronto for next week!

Throughout this crazy journey, I’ve learned a LOT, and I wanted to share some of those things with you.

1. I have incredible friends and family.

I’m so grateful to all of you, who have stepped up to support me and this project. (I already knew you were all amazing, but just had to tell you again!) You have all been so generous with your pledges and sharing the project around and your support has me feeling confident that I will reach my goal of publishing an inspiring book!

2. How to craft a Kickstarter campaign.

Crowdfunding is a new experience for me. There is definitely an art to crafting a good crowdfunding campaign. I’ve done a lot of research and have learned and applied so much, and am continuing to learn as this experience continues.

3. How to promote a Kickstarter campaign.

I’m pretty good with social media, but things change dramatically when you are asking people to put their money into something. I’ve learned a lot about how to craft my emails, tweets, blogs and other social media posts to have the most impact on the reader and inspire them to get involved. This is an ongoing learning process, and I have by no means mastered it, but I’m a lot farther along than I was a week ago.

4. How to create a crowdfunding video.

My video is still in progress, but I’ve learned that it’s harder than it looks. As a photographer, I tend to be more comfortable behind the camera, so talking on camera will be new for me and will I’m sure require many takes before I get it right. Writing a good script and planning your message is key. I’ve had a lot of help  and feedback from the people around me and I am so grateful for your honest feedback and comments to help make my first ever video!

This week I secured two media outlets to tell my story. The Olympic Spirit Project will be featured in my hometown’s local newspaper this Friday, and then next week I will be doing a live interview with CBC Toronto’s Heather Hiscox. This has been the first time I’ve ever approached media on anything and will be my first television appearance. I’m pretty proud of the results so far, and I’ll admit that I’m a bit nervous about the live interview…

I tend to get in my own way, and make excuses for why things are not progressing. Because this project has such a short timeline, the past week has been all about ACTION! And I’m seeing incredible results! I’ve realized that “done is better than perfect,” and it has made me so much more productive. You can always tweak things later, but if you don’t get it out there, no one will ever know what you’re up to and you will never move forward.

7. I really CAN work from anywhere.

It’s been a challenge to get my message out to people primarily over the web. I’m currently living in my small hometown of Duncan, BC, and it is a very different experience after the hustle and bustle of life in Vancouver. I don’t know many people here, so the in-person conversations have been mostly with the Safeway cashier and the barista. But, I’m managing to do it! The online impact of this project has brought me one step closer to location independence and have made me so much more confidence that I will soon be location independent and living a life that I love.

8. “What the mind can conceive and believe, it can achieve.“

This is my new favourite quote and words to live by from Napoleon Hill’s, Think and Grow Rich. I’ve been using the mantra, “Thoughts become things,” for a while now, but this one from Napoleon Hill is so much more inspiring to me. I thought it, I believed it, and now it is becoming a reality. I’ve just proven to myself that I can do anything I set my mind to! It’s an incredible feeling!

So there it is! It’s been a huge learning curve for me this past week and I don’t see that slowing down any time soon! I’m so excited to see what the next month brings to both me and this project! I’m on a roll and don’t intend on stopping!

What are some of the things you’ve learned and accomplished in the past week? I’d love to hear about them in the comments below. 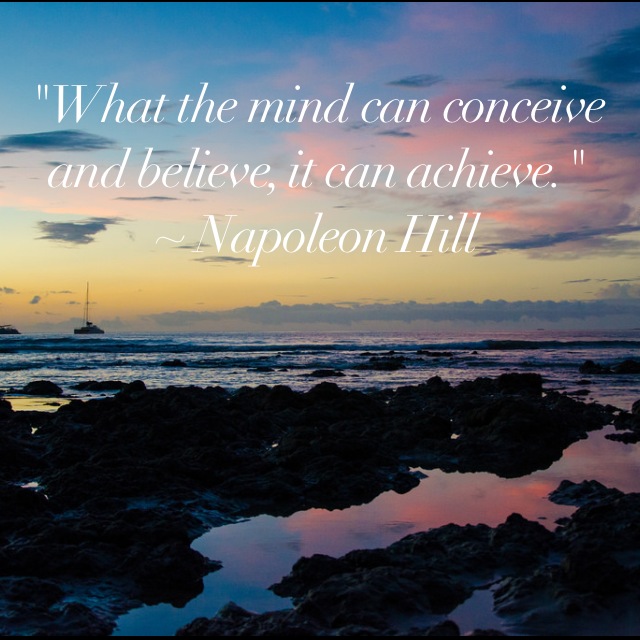 Previous: Thank You Brandy’s Whistler!
Next: The Olympic Spirit Project in the News 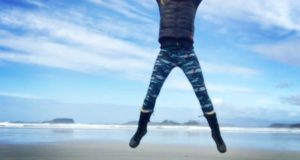 A Monumental Day In My Business 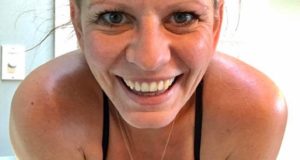 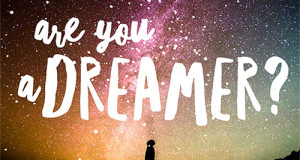