Premier Campbell on the Olympic Zipline

Yesterday I was able to catch Premier Gordon Campbell and Olympian Charmaine Crooks fly down the temporary Olympic Zipline at Robson Square. It took him some time to actually step off the platform and take the plunge, but eventually he did and here are some photos of the event. 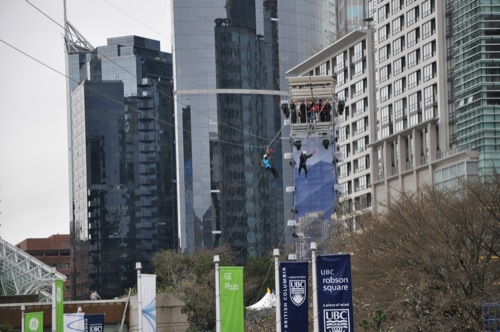 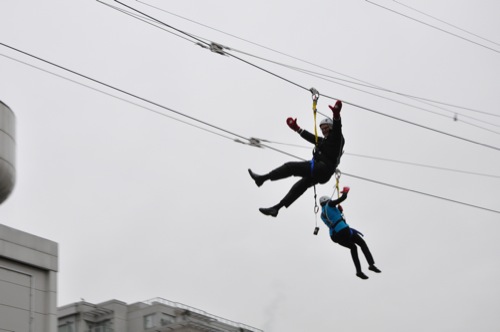 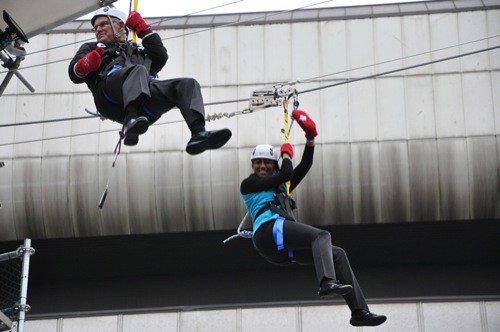 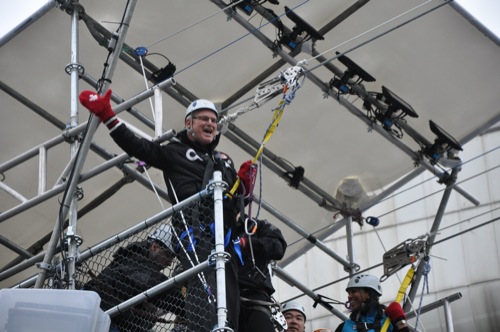 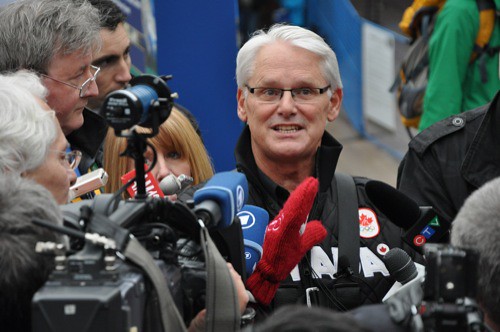 In the interview following the zipline, the Premier told news crews that the hardest part was stepping off the platform (especially considering his injured foot), but once he was going it was a great experience. he even tried to do a backward somersault, but was unsuccessful…

The zipline itself crosses over Robson Square from the top of the law courts to the Vancouver Art Gallery. It will be up throughout the Games from February 12 to 28th, from 10am to 9pm, and is FREE to the public! If you are up for the adventure I highly recommend arriving early, as the lineups for this once in a lifetime activity will likely be long! They plan on shooting 70 people down the line each hour, so chances sound pretty good that the lineup will move quite quickly! So come early and have FUN!!

Previous: House of Switzerland Opening Celebration
Next: Kids and Family Activities During the Games