Home » Olympics » What happens to Olympic cities after the Games have gone?

What happens to Olympic cities after the Games have gone?


The Olympic Spirit Project is all about the human spirit behind the Olympic Games in both the athletes and the fans. But what happens to Olympic cities after the Games have been and gone?

One of the inspirations for my Olympic Spirit Project Kickstarter campaign was the Olympic City Project by New York photographers Jon Pack and Gary Hustwit. After seeing the success of their crowd-funded project I knew that I, too, could create a successful campaign! 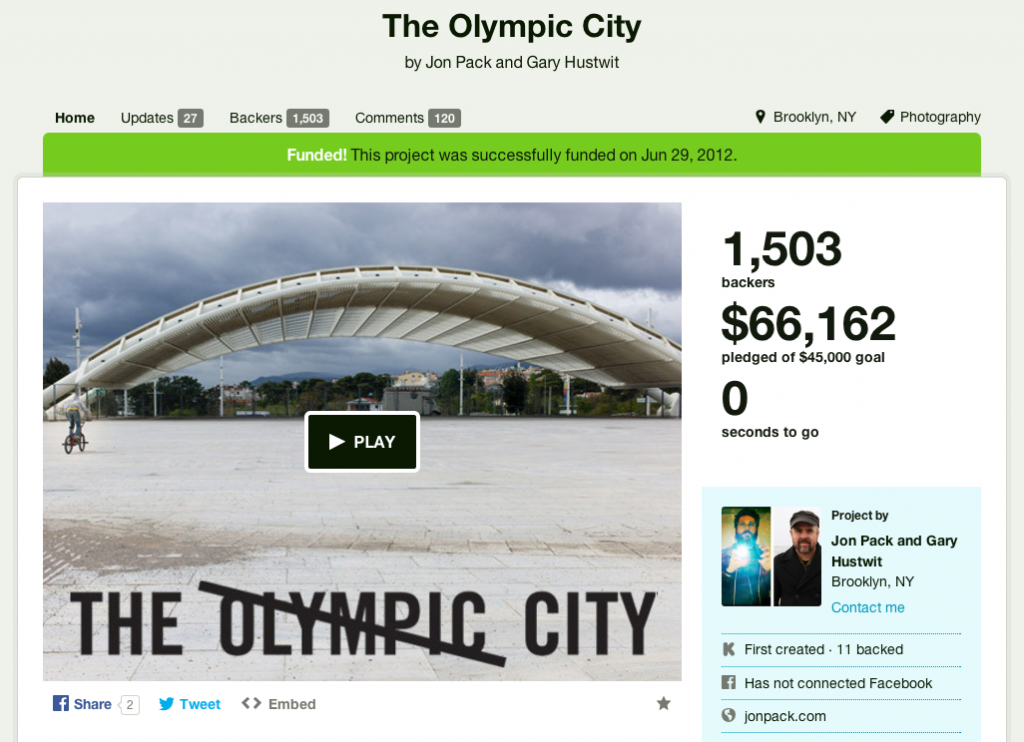 These photographers created a successful Kickstarter project (raising over $66,000 from 1,503 backers) investigating the legacy that the Olympic Games leaves behind in host cities around the world, including the effects the Olympics has had on the people that live there.

“In The Olympic City, we’re documenting the successes and failures, the forgotten remnants and ghosts of the Olympic spectacle. Some former Olympic sites are retrofitted and used in ways that belie their grand beginnings; turned into prisons, housing, malls, gyms, churches. Others sit unused for decades and become tragic time capsules, examples of misguided planning and broken promises of the benefits that the Games would bring. We’re interested in these disparate ideas — decay and rebirth — and how each site seems to have gone one way or the other, either by choice or circumstance. We’re equally interested in the lives of the people whose neighborhoods have been transformed by Olympic development.”
[Source: www.olympiccityproject.com]

Cities Jon and Gary have visited so far include Athens, Barcelona, Beijing, Berlin, Helsinki, Mexico City, Moscow, London, Los Angeles, Montreal, Lake Placid, Rome, and Sarajevo. Images from the project are featured in their first book, which is available in hardcover, deluxe hardcover, and ePub format. And for those of you who like to share the Olympic spirit, they also have a set of 10 postcards available for purchase as well.

The Olympic City Project is an ongoing project and the photographers aim to visit more Olympic cities in future. They mention visiting Vancouver and Sochi in this CTV interview.

For more information about the project, to view some of their photos, or to purchase the book, please head over to the Olympic City Project website.