From April 13-15, Thailand celebrates their new year with the Songkran Festival. During these three days, the entire country participates in the biggest water fight in the world.

The throwing of water started as a way to pay respect, by capturing the water after it had been poured over the Buddhas for cleansing and then using this “blessed” water to give good fortune to elders and family by gently pouring it on the shoulder. Over time, this tradition has evolved among young people into a full blown water fight including full on dousing of random passers by. Some also carry a bowl of talc powder mixed with water, which they then smear it on people’s faces and bodies as a blessing for the new year. 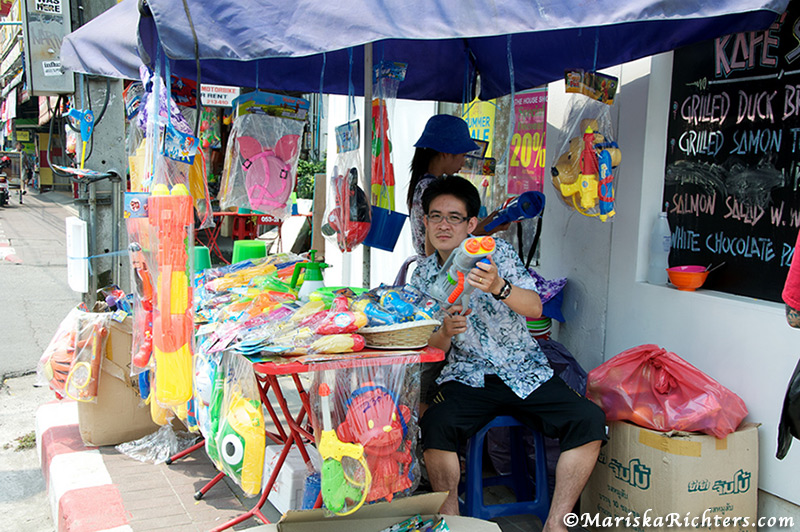 A few years ago I was in Thailand for this festival and was not prepared for how crazy it would be. We decided to spend it in Chiang Mai, where the most famous Songkran celebrations are held. Chiang Mai is surrounded by a moat with streets that run alongside it, providing a perfect (but dirty) water source for this celebration.

We arrived the day before the festival began so we could prepare. We found our hotel, dropped off our bags and went shopping for water guns. This Minnie Mouse super soaker was my weapon of choice. 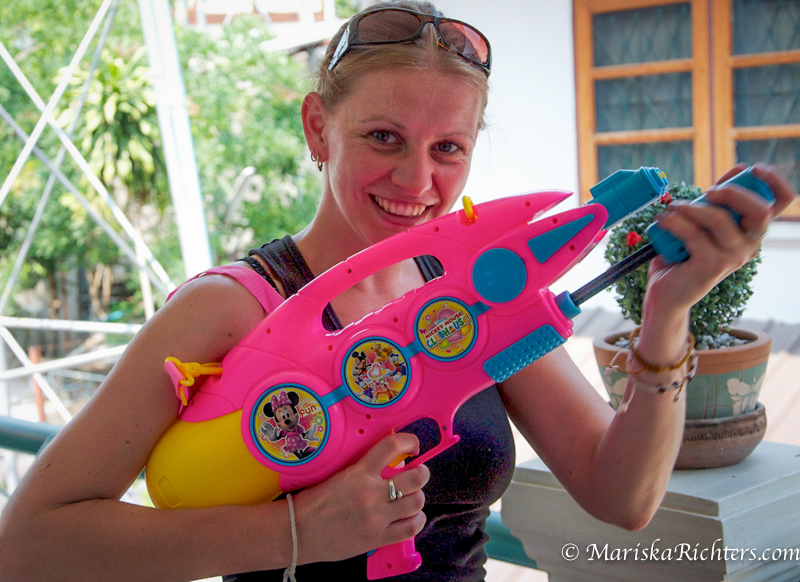 We left the hotel to join the festival the next day and there was a group of kids waiting outside and I immediately got a full bucket of water to the chest! That was how the next three days went from start to finish. For the next three days I would wore the same clothes, still wet from the day before, as there was no point getting my limited supply of clean clothes all soaked.

This went on for three days straight! The Thai people loaded up in trucks with giant barrels of water and drove through the streets spraying water at people. Some got a bit nasty and added ice to their water buckets, which was absolutely shocking when you were doused with it. Most of the Thai people were fairly respectful not to spray water in people’s faces, which was great. It was the Western crowd that tended to take things a bit too far, spraying people in the face or in the ear with a super soaker full of ice water. Not cool.

Overall the festival was an absolute blast! When dusk hit in the evening the water fight would end for the day, and around about nine the next morning it would start up again.

Here is a taste of what those three days were like: 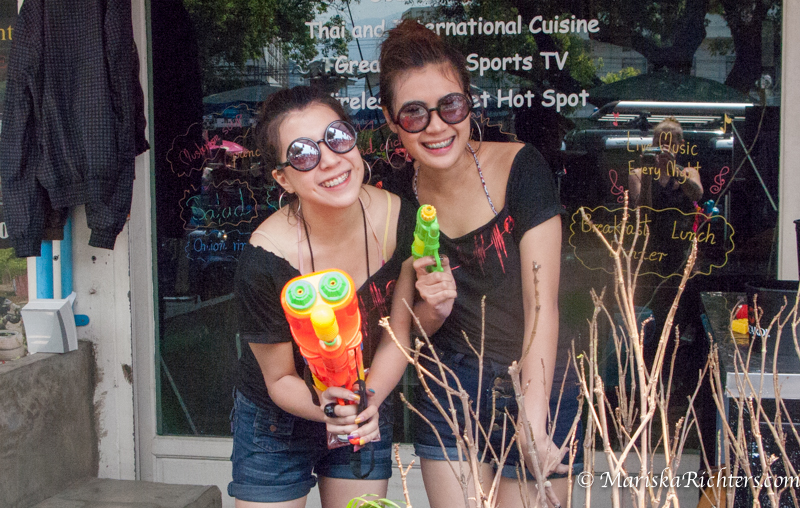 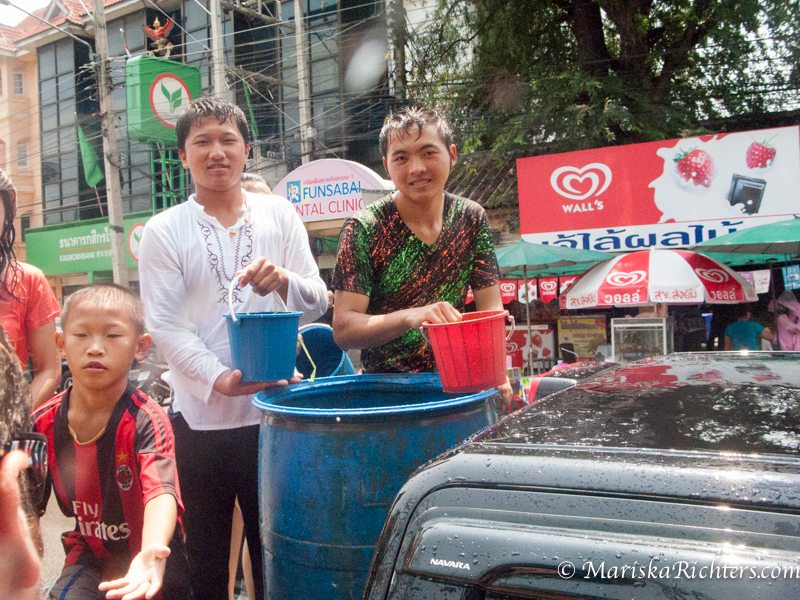 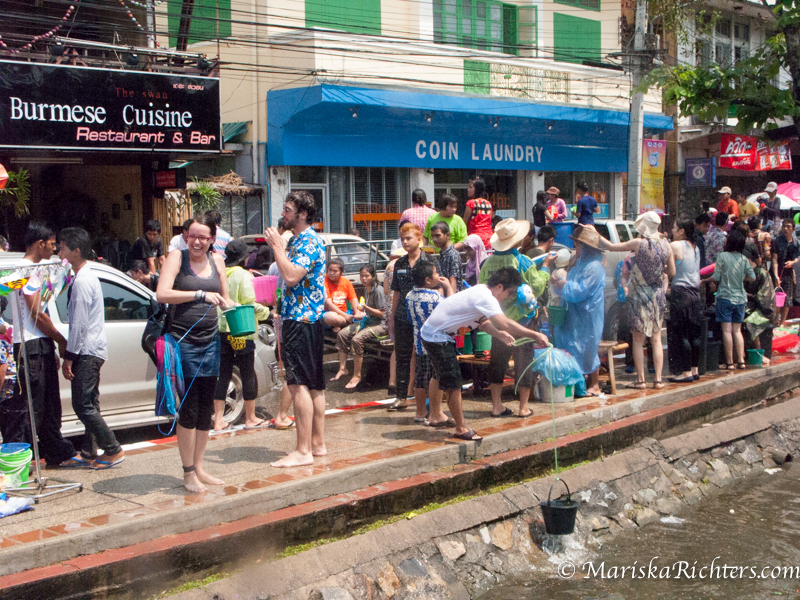 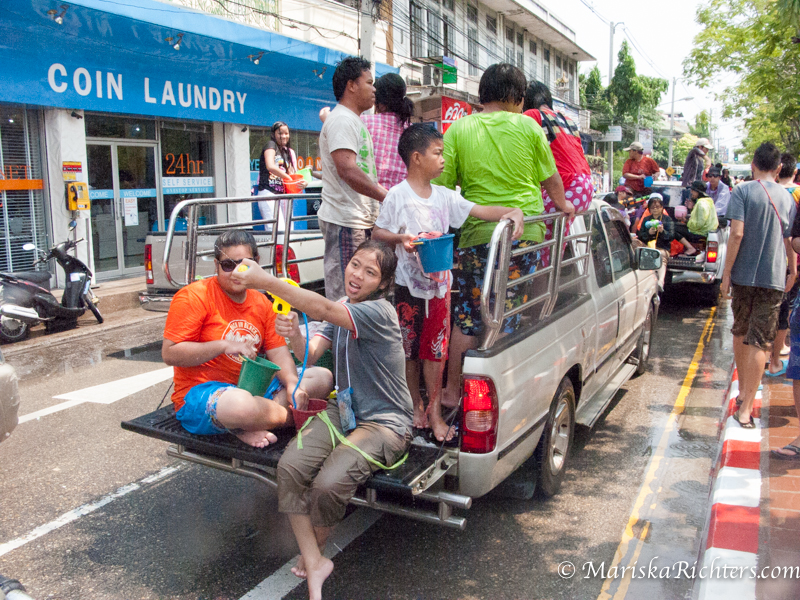 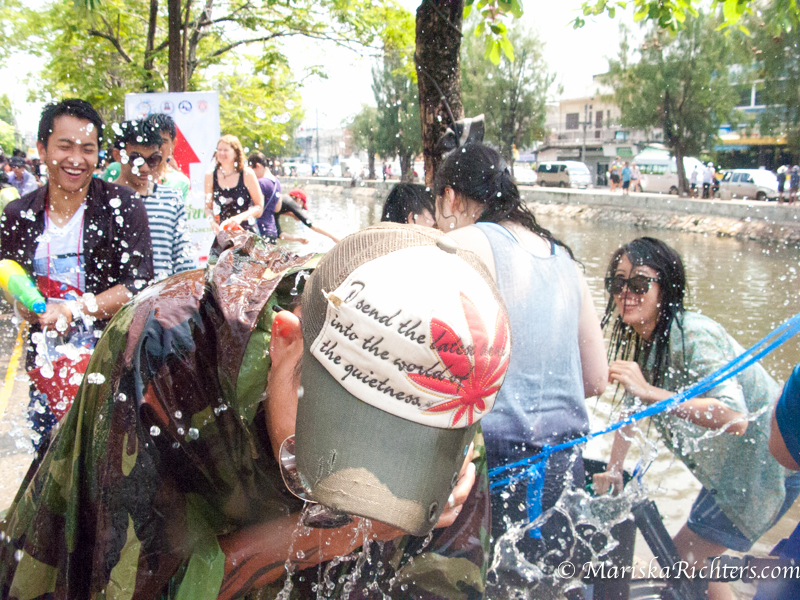 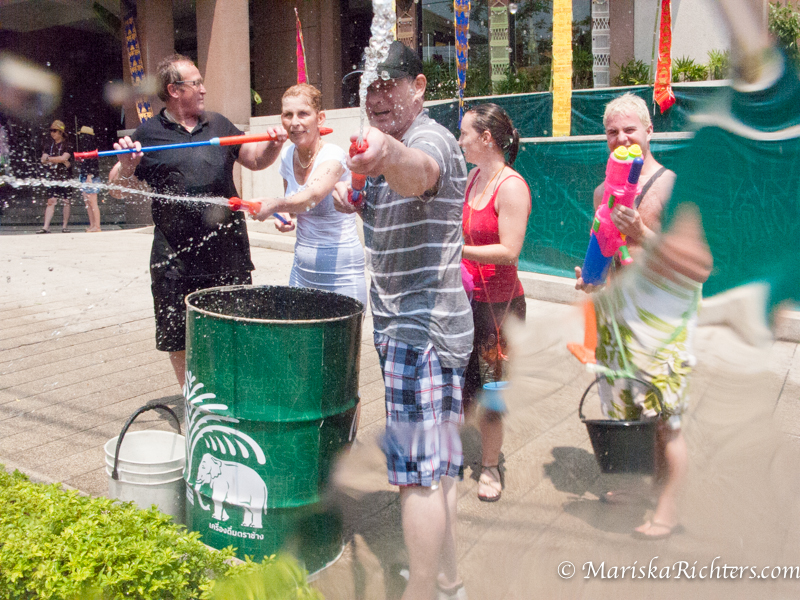 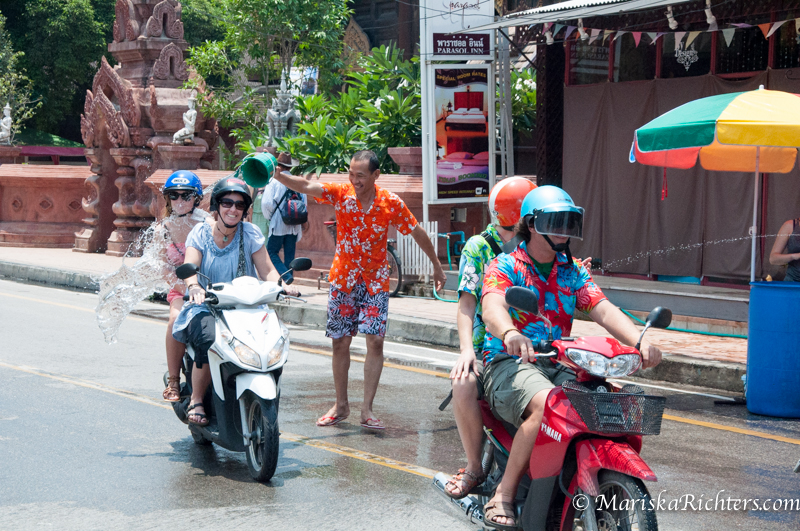 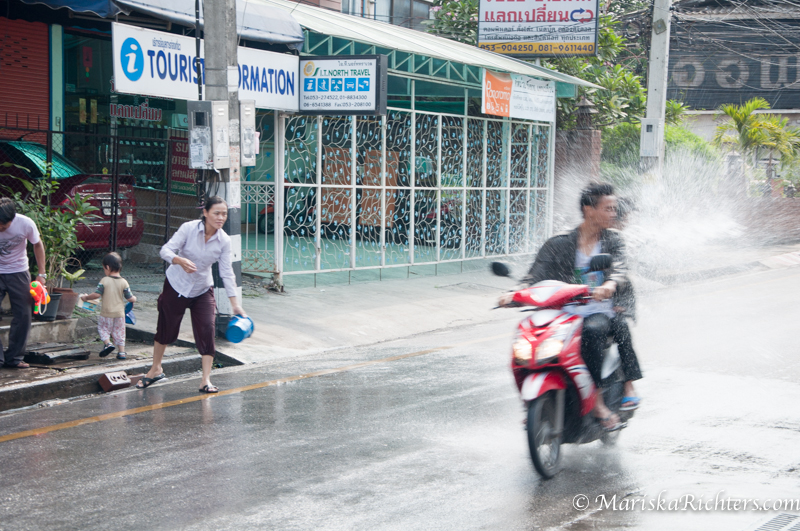 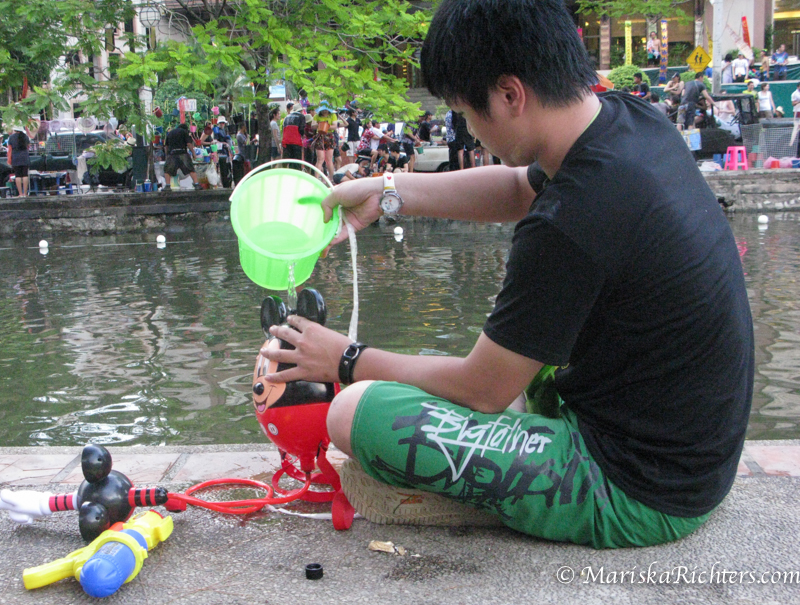 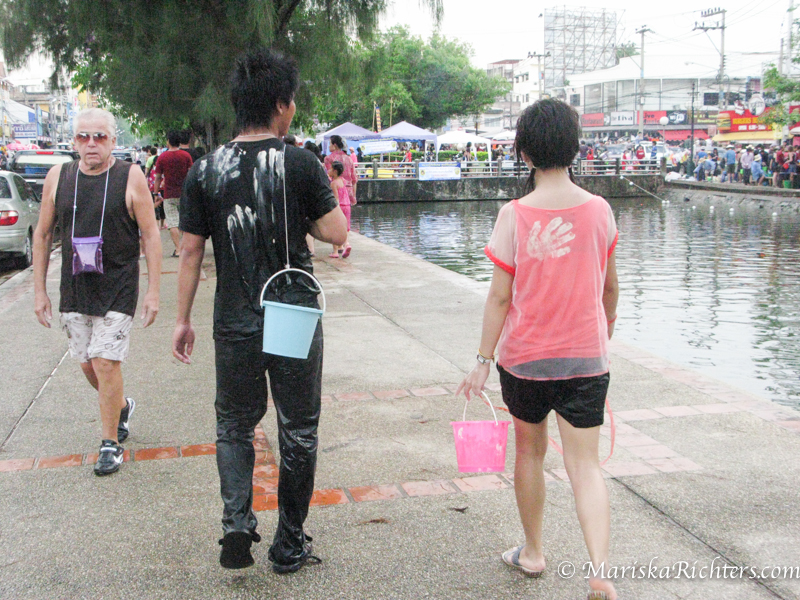 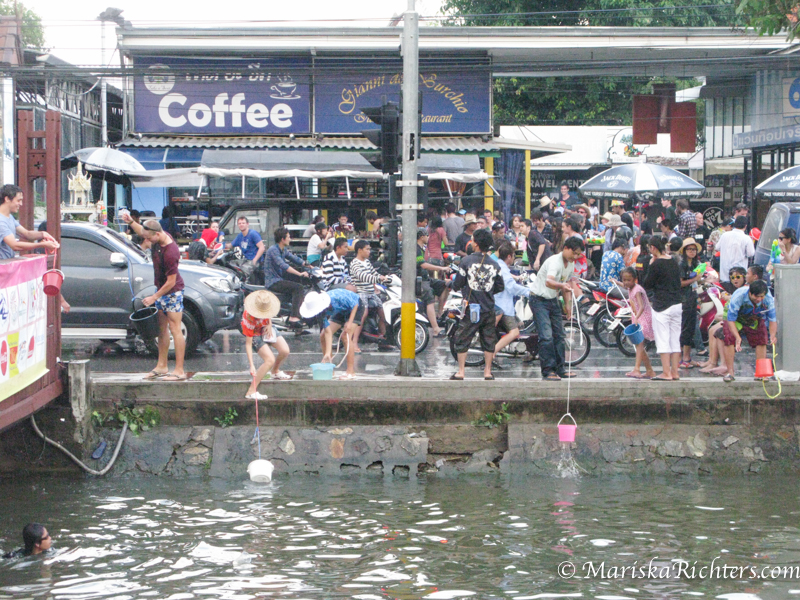 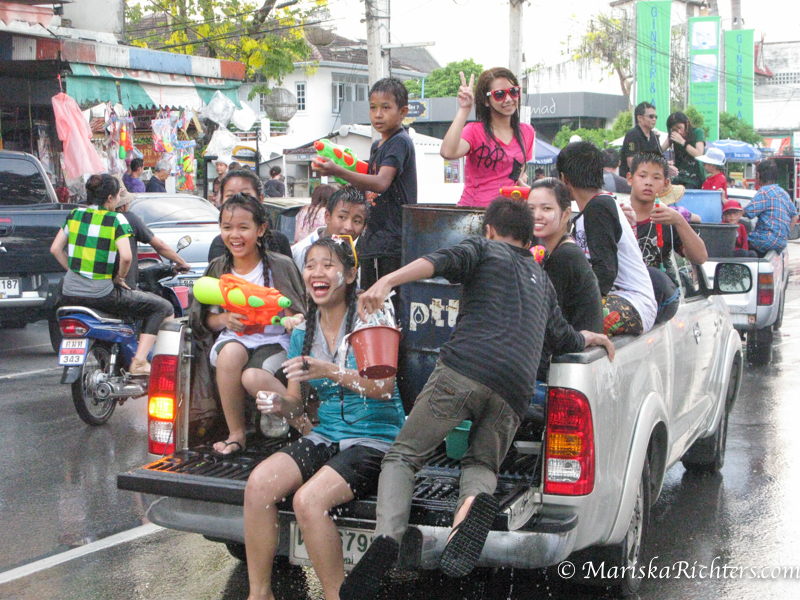 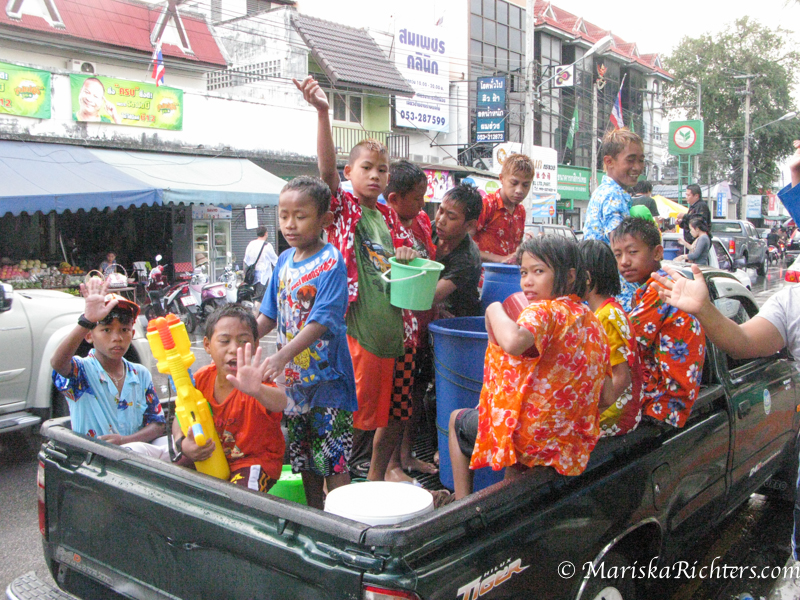 What festivals have you attended while traveling? Share in the comments below.

Previous: Epic Canadian Olympic Fans
Next: What happens to Olympic cities after the Games have gone?