My flight from Amsterdam to Sochi was smooth. I enjoyed some classic Dutch pub food (bitterballen & een biertje) at the Schiphol airport pre-flight and then boarded the plane for the first leg to Istanbul. The layover in Istanbul was short and the board was already flashing “last call” for my next flight, so I was once again running thought he airport. It was probably one of the more confusing airports I’ve seen with unclear signage and odd organization. But after some confusion and asking around, I found my gate. This was my first experience boarding a bus to get out to the plane on the tarmac. (I’ve never shared the road with giant airplanes before!) It was kinda cool to feel how big these machines actually are by standing with beside it on the ground and then climbing the stairs to board.

We landed at the Sochi airport at 4am and it took about 30 minutes to pass through passport control and then I went to the luggage belt to I wait for my bag. I waited and waited and in the end, no bag. Arg! 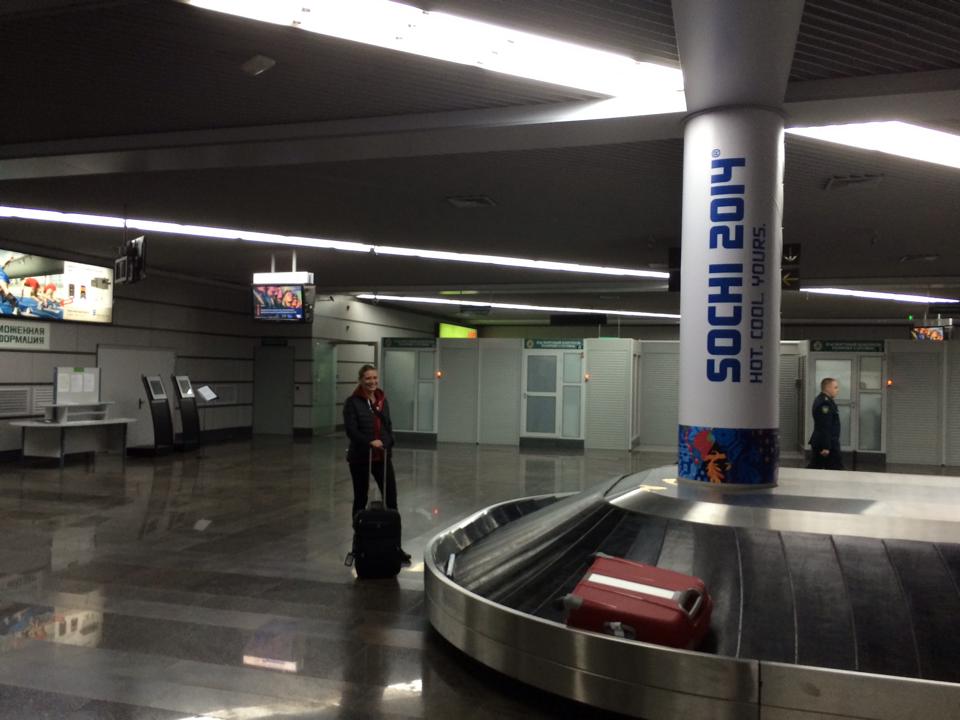 I spent the next 2+ hours filling out paperwork and trying to figure out where my bag got held. It seems this isn’t uncommon with Turkish Airlines, as I was one of four people whose luggage didn’t arrive. So after much frustration, they found that my bag had been left behind in Istanbul and it would be on the next flight out. On Monday. Today was Friday. I’m not looking forward to 3 days in the same clothes.

After activating my Spectator Pass, I went looking for a taxi to get me to my hotel. The 10 minute drive took a half hour because he had no idea where he was going, even though I had printed out a map to the hotel. After much convincing, he finally called the hotel and we were only a block away. I thanked him, paid him and he ended up giving me some money back for the inconvenience. Pretty sure THAT has never happened before!

It was now 7am, and I was finally in my hotel. Evgeny, the lovely man who runs the hotel, doesn’t speak more than about 5 words of English, so he communicates through his mobile phone’s translator app. He’s pretty awesome. Finally, everything was done and I creeped into the room where my new roommate was sleeping, apologized for waking her, brushed my teeth and flopped into bed for a much needed nap after a long night and frustrating morning of travel. 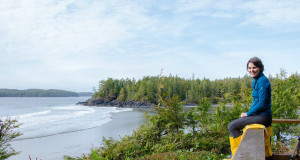 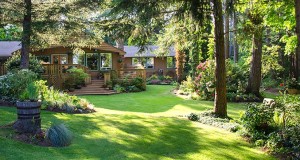