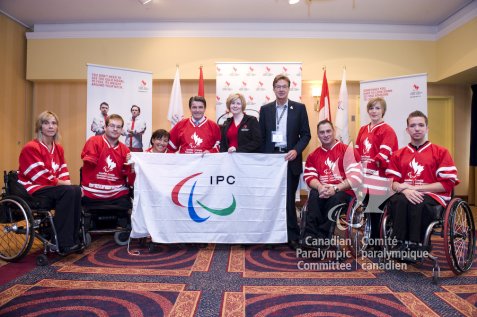 Ottawa, ON (October 22, 2010) – Today, the Canadian Paralympic Committee and several decorated Paralympians gratefully accepted the financial contribution of $5M annually over the next five years from the Minister of State for Sport, the Honourable Gary Lunn. The funding was announced during the 2010 Canadian Paralympic Congress in Ottawa, attended by leaders in sport and disability organizations from across the country. This announcement follows the financial commitment announced by Minister Flaherty in the Federal Budget on March 4th.

This new funding has triggered the most ambitious plan in the history of the Canadian Paralympic Committee.

“Our vision is to be the world-leading Paralympic Nation. This means more than gold medals. It means having success on the world stage, as well as having a sustainable Paralympic sport system that encourages participation; provides access to the best equipment, coaches and leadership; and, celebrates the accomplishment of our nations’ Paralympians,” said Carla Qualtrough, President for the Canadian Paralympic Committee . “This is a significant day as it marks the beginning of a very bright future for us. It will empower us to enhance the podium performance of the Canadian Paralympic Team as well as to work closely with our partners to raise the awareness of the opportunities available in sport for Canadians with a disability.”

“Our Government is proud to support our Canadian Paralympic athletes. We have all been inspired by their recent successes, notably at the Vancouver 2010 Winter Games and the XIX Commonwealth Games in Delhi. This additional investment will ensure that the CPC has the tools that it needs to continue to build on these triumphs, and to encourage more persons with disabilities to actively participate in sport.”

This funding represents a new era for the Canadian Paralympic Committee and leads the organization to a new and brighter future. With significant, stable funding, more children with disabilities will have the opportunity to participate in sport and pursue dreams of representing their country in international high performance competition. The result will be a positive impact on the health and well-being of Canadians, especially those with a disability.

The new Strategic Plan will focus on four pillars: (1) enhancing podium performances at Paralympic Games; (2) building a World-class Paralympic Sport System; (3) creating a sustainable business model for the Canadian Paralympic Committee; and, (4) expanding the awareness of Paralympic sport and building the Paralympic Brand.

“The Federal Government’s commitment represents a new era for the Paralympic Movement in Canada,” said Chantal Petitclerc, five-time Paralympic wheelchair racer and winner of 21 Paralympic medals. “It is very encouraging to see that up and coming athletes will have this type of support from their Government and I am thrilled to see Paralympic sport receive this kind of recognition.

This increase in funding demonstrates that encouraging healthy lifestyles for the 3.6 million Canadians living with disabilities through promotion of sport and recreation remains a priority for this government. It also reflects the growing pride and support of Canadians for the Canadian Paralympic Team. The Canadian Paralympic Committee and its athletes applaud the Federal Government for their support and their vital role in being a strong advocate of the Paralympic Movement.

Previous: IMC Vancouver 2010
Next: Photo of the Day: December 1st 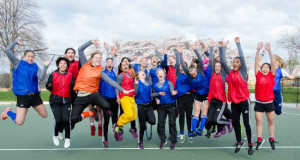 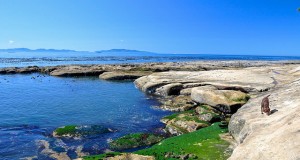