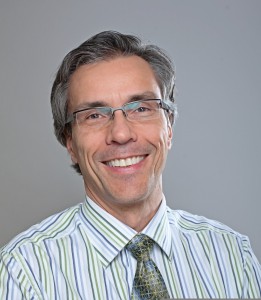 The Canadian Paralympic Committee (CPC) is pleased to announce that Dr. Gaétan Tardif has been named Chef de Mission for Team Canada at the London 2012 Paralympic Games. Dr. Tardif is a dedicated long-time volunteer within the Paralympic Movement. He first became involved during the Sydney 2000 Paralympic Games as a member of the Canadian medical team and has been part of the 6 consecutive Mission Staff Teams for all subsequent Games, making London his 7th Games.

“It is an honour to be selected as Chef de Mission and given the chance to represent Team Canada at the London 2012 Paralympic Games,” said Dr. Tardif. “From the first time I began working as a part of the medical team for the Paralympic Games, I was captured by the incredible drive, athleticism and spirit of Paralympic athletes. They continue to inspire me, and I intend to work tirelessly with the Mission Staff to ensure our athletes get all of the support they need to reach their dreams of standing on the podium.”

Dr. Tardif is Vice?President Quality, Patient Care and Chief Medical Officer at the Toronto Rehabilitation Institute. He is also a Professor in the Department of Medicine and Director, Division of Physiatry (Physicial Medicine & Rehabilitation), at the University of Toronto.

Dr. Tardif has extensive experience at the Paralympic Games as he was part of the medical team for the Sydney 2000 and Athens 2004 Paralympics, as well as Chief Medical Officer for the Salt Lake City 2002 and Torino 2006 Paralympic Games. Most recently he served as Assistant Chef de Mission for the Beijing 2008 and Vancouver 2010 Paralympic Games, where Canada achieved its best ever performance. He is also a member of the Board of Directors with the Canadian Paralympic Committee as Director of Administration, a role he has had since 2008.

“We are thrilled to have Gaétan as our Chef de Mission for Team Canada at the 2012 Paralympic Games,” said Carla Qualtrough, President of CPC. “Gaétan is incredibly qualified for this role and has been an invaluable member of the Canadian Paralympic Team Mission Staff for the past six Games. We look forward to having his expertise again in London and know he will excel in this new leadership role.”

Dr. Tardif’s initial key priorities as Chef de Mission include an initial visit to the London 2012 Summer Paralympic Games site, selecting the Assistant Chef de Mission and key volunteer Mission Staff, and meeting regularly with athletes and coaches to understand their needs and provide them the support and services they need to succeed.

Dr. Tardif was born in Saguenay, Quebec, and completed his medical degree at l’Université Laval and has obtained specialty certifications in Quebec, Canada and the USA following his residency training at the University of Ottawa. He subsequently obtained a diploma in Electrodiagnostic Medicine from the American Board of Electrodiagnostic Medicine as well as a diploma in Sports Medicine from the Canadian Academy of Sports Medicine. Dr. Tardif also has a keen interest in physician leadership development and was recently appointed to the Faculty of the Physician Leadership Institute of the Canadian Medical Association.  He also became President of the Canadian Society of Physician Executives (CSPE) in April 2009.